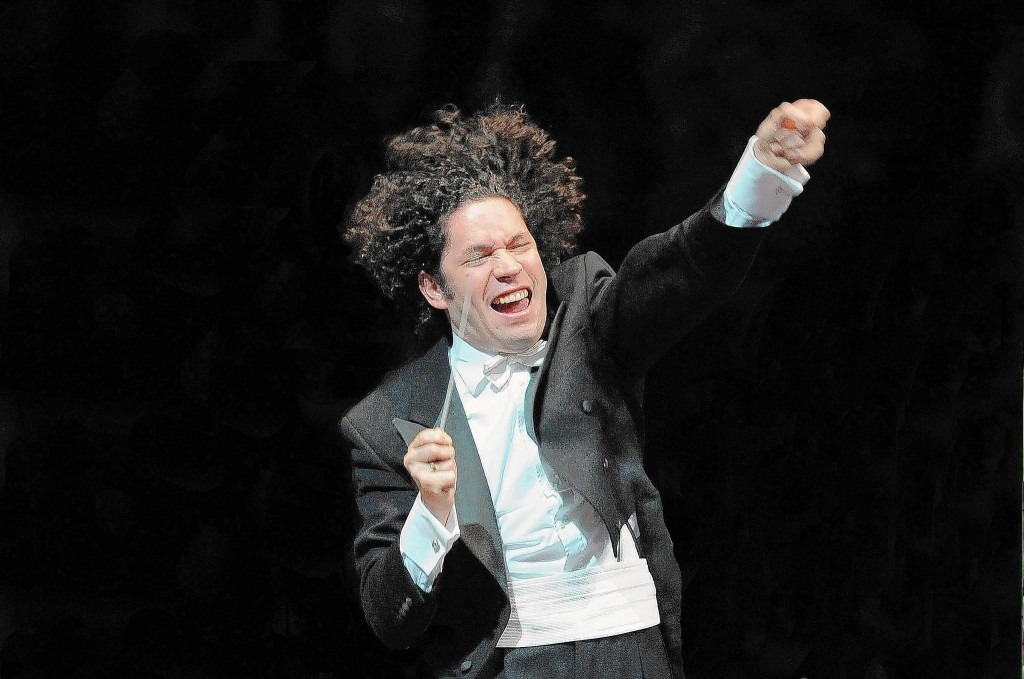 Is there a difference in how a conductor acts depending on what ensemble is being conducted?

Let’s first take a look at a variety of conductors and their styles:

Arturo Toscanini doesn’t conduct the beat so much as lead the music.

Herbert von Karajan is a whole-body conductors, but in a restrained manner. Both hands are active, but he’s not moving around the podium

Bernstein doesn’t seem to conduct as much as dance the piece:

Valery Gergiev seems to conduct with a toothpick:

If you’ve ever seen James Levine conduct, close up, you’ll see that he sings along with the music.

Now that he’s conducting from a wheelchair, his movements are a bit more constrained but he still has a great deal of exuberance.

Sometimes, however, particularly with conductors who are unused to leading small orchestras, you might find that they are using gestures to communicate to a full symphony orchestra, but all that they’re leading is a small ensemble – that’s when you realize that the conductor’s role is very dependent upon the ensemble he’s leading.