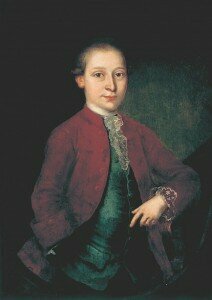 From the city of Milan, Wolfgang Amadeus wrote to his sister on 26 January 1770, “I rejoice in my heart that you were so well amused at the sledging party you write to me about, and I wish you a thousand opportunities of pleasure, so that you may pass your life merrily. But one thing vexes me, which is, that you allowed Herr von Molk to sigh and sentimentalize, and that you did not go with him in his sledge, that he might have upset you. What a lot of pocket-handkerchiefs he must have used that day to dry the tears he shed for you!”

Leopold and Wolfgang had embarked on an extended Italian journey on 13 December 1769. Initially they arrived at Verona on 27 December, and Wolfgang played at the Accademia Filarmonica and had his portrait painted. The next stop on this Italian whirlwind tour saw them in Mantua, and Mozart gave a concert on 16 January. It included one of his symphonies, improvisations, sonatas, fugues, variations and arias, and a selected number of works contributed by other performers. A report published in the Gazzetta di Mantova on 19 January 1770 described Mozart as “incomparable.” 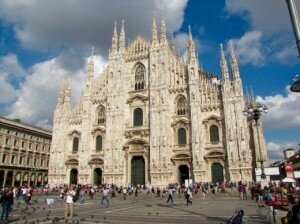 Mozart’s letter to his sister continues, “The opera at Mantua was very good. They gave “Demetrio.” The prima donna sings well, but is inanimate, and if you did not see her acting, but only singing, you might suppose she was not singing at all, for she can’t open her mouth, and whines out everything; but this is nothing new to us. The seconda donna looks like a grenadier, and has a very powerful voice; she really does not sing badly, considering that this is her first appearance… Just before beginning this letter I composed an air from the “Demetrio” of Metastasio, which begins thus, “Misero tu non sei.” That particular concert aria was first heard at the home of Count Karl Firmian, the officiating Austrian minister in Milan on 12 March 1770. That performance led to the first operatic commission received by Wolfgang.