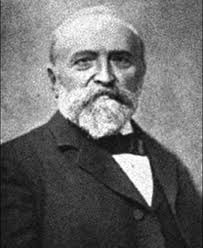 Baron Pierre de Coubertin, founder of the modern Olympic Games, was raised and educated in the classical tradition. “He was particularly impressed with the idea of what it meant to be a true Olympian, someone who was not only athletic, but skilled in music and literature.” At the turn of the century he was unable to convince local organizers that arts competitions were necessary. He forcefully declared, “There is only one difference between our Olympiads and plain sporting championships, and it is precisely the contest of art as they existed in the Olympiads of Ancient Greece, where sport exhibitions walked in equality with artistic exhibitions.” And finally, he was able to secure a place for the arts in the 1912 Stockholm Games, with Riccardo Barthelemy, who worked as a pianist with the famous Enrico Caruso winning the gold medal with his “Marcia trionfale olimpica” (Olympic Triumphal March). However, since the events had been initiated by art outsiders, and given the fact that all entries had to be sport-themed, the most prominent potential entrants decided that the competitions was not worth their time. And they certainly did not want to compete because it “might damage their own reputations.”

Unsurprisingly, the format of the arts competitions was inconsistent and occasionally chaotic. And while a stopwatch or tape measure could quickly determine a gold medal performance on the track, things were naturally more subjective in the world of arts. The music competition at the 1924 Paris Olympiad assembled a vast panel of 43 judges, including Vincent D’Indy, Stravinsky, Bartók and Ravel. Coubertin urged competitors to “study the main rhythms of athletics,” but after much discussion and wrangling by jury members, no medals were awarded. The only award given at the 1928 Games was a bronze medal to Danish composer Rudolph Hermann Simonsen, who later became the head of the Royal Danish Academy of Music. And the most prominent Olympic musical competitor, Josef Suk only managed to earn silver in 1932. With judges seemingly hesitant to award medals, the new classification of “Honourable Mention” was introduced. Intended as a springboard for up and coming young composers, it predictably failed to attract the big names. Very few of the names of prize-winning or honorably mentioned composers are familiar today, and much of this award winning Olympic music remains unrecorded. Now here is a worthwhile Naxos recording project, don’t you think?