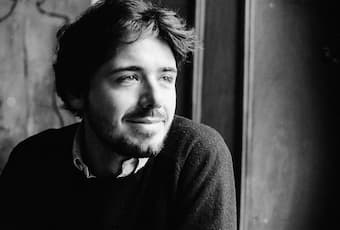 Most composers (and artists and writers too) steal from others. They learn their craft by copying; studying the works of others who’ve gone before them offers important insights into the nuts and bolts of the music (structure, harmony, texture etc) as well as the composer’s personal musical fingerprints.

“A good composer does not imitate; he steals,” (attributed to Igor Stravinsky).

The act of “stealing” is not imitation or plagiarizing; rather it is a recognition of the original work or composer’s influence and drawing inspiration from it.

“Musical quotation is the art of integrating one’s musical words and sentences into another one’s work,” writes Doug Thomas, French composer and Interlude contributor. His recent album ‘Landscapes’ is a collection of piano miniatures which are the result of his own close study of the music of some of his favourite composers from the last four centuries and their musical personalities, seen through the prism of Doug’s own musical personality.

“My creative approach consists of identifying the subjective elements that define these composers and, through a process of translation, make them mine.” (Doug Thomas) 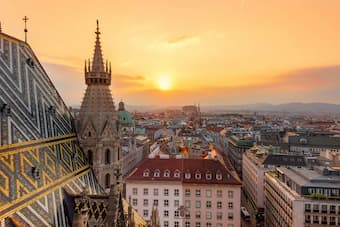 In some of the pieces, the composer “behind” the music, as it were, is obvious. Schubert’s distinct musical voice and soundworld are evident in Vienna 2 where Doug takes the opening sentence and harmonies of the D940 F minor Fantasie; speeded up, it has the flavour of Schubert’s Hungarian Melody, D817, imbued with the same restless melancholy. Meanwhile, Vienna 1 is an intimate, introspective “moment musical” with a songful melody and additional effects to create the sensation of listening from another room.

Oranienbaum 1 and 2 and Saint-Germain-en-Laye 1 and 2 are redolent of Stravinsky and Debussy with their modernist/impressionist harmonies, timbres, colours and rhythms, though the original inspiration for these pieces is less obvious.

What is apparent is that these works are clearly Doug’s. He has taken the flavours and idioms of other composers and their music and transferred it into his own musical DNA (his music is “post-classical”, generally melodic, consonant, tending towards minimalism). In Landscapes, Doug pays homage to the composer whom he admires while simultaneously exploring new musical possibilities of his own.

The pieces on the album are interspersed with short spoken interludes from Doug and pianist Luca Longobardi, with whom Doug collaborated, who both offer insights into the compositional and interpretative/performance processes involved. For the listener, it’s an enjoyable challenge trying to spot the original inspiration “behind the notes”; a clue is in the title of each piece as these refer to the places where the composers were born……