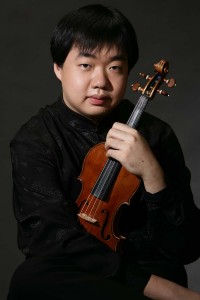 Audiences and critics are usually ecstatic when Ning Feng picks up the 1721 Stradivari violin known as “MacMillan.” Born in Chengdu and currently residing in Berlin, Feng has “developed a reputation as an artist of great lyricism and emotional transparency, displaying tremendous bravura and awe-inspiring technical accomplishment.” However, Ning’s rise to international stardom was almost derailed at a very early age because of the comparatively short length of his pinkie finger! A precocious musical talent, Feng was drawn to the violin because his father was a big music lover, who really loved the violin sound. “When he was young, for financial and political reasons, he was not allowed to study the instrument. In a way, I studied the violin to fulfill his dream.” But when it came time to look for a violin teacher, Ning got a harsh surprise as he was rejected outright. 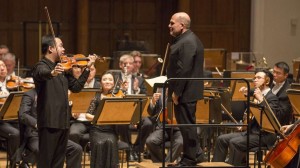 “The prospective teacher told my dad, ‘His pinkie finger is too short, and there is no good outcome from him learning the instrument.'” Ning recalls, “It would have been quite a pity, if that had been my only chance, that first teacher.” 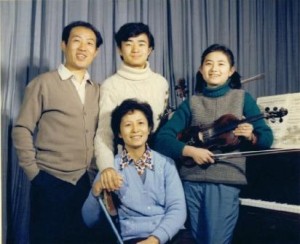 For the next six months, Ning’s father was looking for another teacher. Remembering their first experience, they approached the second teacher with trepidation. “My dad thought, ‘What if this teacher says again, my son cannot learn this instrument at all?’” Fortunately, the second teacher did not see his shorter pinkie as a problem, “which I think is actually the right attitude,” Feng said. As such, the famous Chinese violin educator Hu Weimin, teaching at the Sichuan Conservatory of Music, took Ning under his wing. Ning recalls, “I was very lucky, because my parents only wanted me to play the violin as a hobby, so I never had any kind of extreme pressure. However, he told me to make sure that I did not waste any of my time. So I did it seriously and properly.” One year before graduating high school in Sichuan, his teacher’s son Hu Kun was offered the position as a professor of violin at the Royal Academy of Music in London. Hu Kun asked his father, “Do you have anybody you might convince to come over to England to study,” and Ning was quickly recommended. “It was as if I was meant to be rejected from the first teacher,” says Ning, “otherwise I would never have been accepted by my real first teacher.”