Artists Behind the scenes
The Sorcerer’s Apprentice
Klara Berkovich and Hilary Hahn
“Tell me and I forget, teach me and I will remember”
by Georg Predota September 5th, 2017 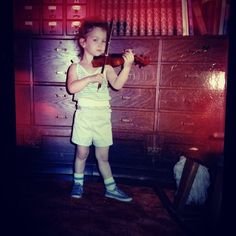 Shinichi Suzuki believed that the ability to learn music parallels the acquisition of language. His famous “Suzuki Method” is based on creating a positive environment that fosters musical immersion at an early age. Suzuki strongly believed that “every child was capable of a high level of musical achievement.” Hilary Hahn showed remarkable musical abilities as a toddler, and one month before her fourth birthday she started playing the violin in the “Suzuki Program” of Baltimore’s Peabody Institute. 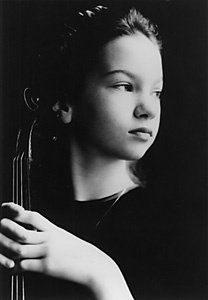 During a kiddy violin camp a year later, Klara Berkovich, who had recently emigrated from Leningrad, was in charge of Hahn’s group. Hahn remembers, “Her style of teaching was brand-new to me. Nothing wishy-washy or overly enthusiastic: She was practical, very clear, and knew exactly what could be improved. She didn’t need to offer praise as motivation, which made me want to try harder, if only to hear her state her highest compliment: “good.” After a couple of meetings, Berkovich accepted Hahn into her studio and she took two lessons a week throughout the year. Berkovich guided Hahn from the beginning stages through countless student recitals to admission into the Curtis Institute of Music at the age of 10! 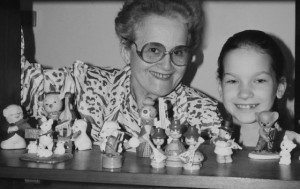 From the very beginning, musical education and personal development went hand in hand. Exploring visual art, historical recordings and fostering Hahn’s love of the ballet complemented instructions on violin technique and musical phrasing. “She always advised me to think about music as stories beyond the notes,” Hahn recalls, “and taught me to reassess habits that I took for granted, and explained how to memorize and analyze the language of music. I simply wanted to be as confident and thoughtful as she was.” Their final project was the 4th violin concerto by Henri Vieuxtemps. “Learning to play that concerto, with its grandeur, beauty, and emotional power, and acquiring the technique required to bring that music across, gave me hope that I might one day have a shot at becoming a professional musician.” Hahn credits Berkovich with instilling in her a sense of lifelong and continuous learning. “Every time you open the music, imagine you are seeing it for the first time. You wouldn’t say something the same way twice; don’t play a phrase the same way twice. Always ask questions.”