‘Absorb as much as possible from life around you’

Born in what was then the Soviet Union in 1977, Sergei moved to Israel with his parents when he was 14, and then on to France 2 years later, where he is still based today, living in Paris.

Sergei started his musical journey with piano lessons at the age of 6, but didn’t enjoy it. ‘It was boring for me and I could see my parents weren’t very inspired by my playing, to say the least,’ he laughs. 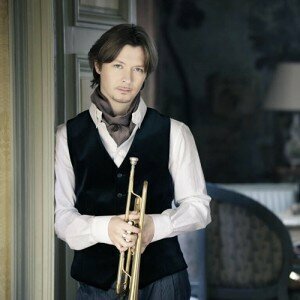 ‘One summer when I was 9, my father proposed that I played the trumpet – this was the instrument he wanted to play when he was a kid, but that his mother didn’t allow him. I very much liked the idea, so I started to take trumpet lessons.’

Very shortly afterwards, Sergei suffered a heavy spinal injury, landing him in hospital for more than 3 months. After that, the doctors told him that he shouldn’t sit down for more than half a year: ‘I could only stand up and lie down, so that meant no more piano practice, which I was happy about! So I focused on the trumpet.’

Growing up in a musical family (his mother was a violinist, his father a piano teacher) meant that Sergei was immersed in music from a young age. Listening mostly to classical music at home, Sergei remembers when recordings of Miles Davis started appearing in Israel shortly after the jazz legend’s death in 1991. This genre that seemed so far from the classical world provided fresh sounds for Sergei, and jazz remains something that influences him to this day.

In Hong Kong, Sergei’s concert features pieces on both the trumpet (Jörg Widmann’s fiendish Ad Absurdum) and flugelhorn (an arrangement of Mozart’s fourth Horn Concerto K495). Just after moving to France, Sergei visited the Antoine Courtois factory in 1993, where he discovered the flugelhorn and was transfixed.

‘I fell in love with the sound but there was no repertoire, so my father started to think about what to play. He got some ideas, and even now most of the arrangements I play with orchestra are my father’s.’

‘Many arrangements are possible, and this is pretty much then only solution to bring the flugelhorn to the contemporary classical stage. This instrument has a lot of potential not just because of its amazing voice, but it also because of its range being bigger than the trumpet’s.’ 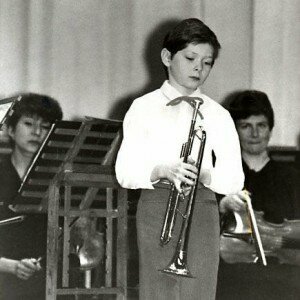 Sergei plays on an enlarged 4-piston flugelhorn, which is not the most common instrument, but allows for a greater range of pitches than the standard flugelhorn. With this instrument Sergei has played, among many others, works originally written for the French horn and the cello, along with arrangements of various lieder and romances. ‘It’s a great joy to play these genius pieces of music,’ he remarks, ‘because unfortunately back then the trumpet didn’t get much love from the composers!’

Researching works to arrange for the flugelhorn gives Sergei the opportunity to discover lots of different music from many different periods and styles – and this is something he encourages younger performers to do as well.

‘My advice is to listen not only to the instrument that you play, but to listen to a lot of different music. Just to absorb as much as possible from life around you, not to be narrow minded, and think less of a career path and more of music.’

Outside of music itself, Sergei self-admittedly spends too much time with computers, and is a fan of movies. ‘I don’t have a favourite genre – although it’s definitely not horror! I’m just curious about many different things.’