Composers Anecdotes
Welcome to the Year of the Earth Pig!
by Georg Predota February 1st, 2019 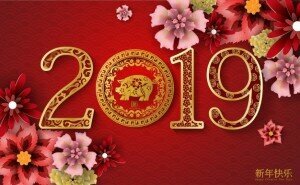 On 5 February 2019, we say goodbye to the Earth Dog, and welcome the year of the Earth Pig. Since it takes 60 years to scroll through every animal sign and element in both yin and yang aspects, this closes a major cycle in the Chinese calendar. As you might know, the ten heavenly stems and twelve earthy branches, in combination with the 12 animals of the Chinese zodiac, determine the specific qualities of a given year. The heavenly stem derives from the five-element system and each element has a yin and yang, or passive and active aspect. In 2019, the yin earth element combines with the pig, associated with water. This appears to be an unstable and fragile combination, and some experts predict a year of earthquakes, landslides and flooding. According to the myths, the Pig was the last to arrive when the Jade Emperor called for the great meeting. You see, the Pig got hungry during the race and stopped for a feast and then fell asleep. I am sure, you’ve heard of the saying “lazy Pig,” and now you know where it comes from! 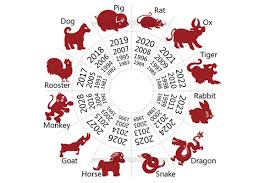 People born under the sign of the Pig have some lovely and altruistic characteristics. They are said to be optimistic, gentle, kind, and honest. Highly intelligent, the zodiac Pigs also enjoys luxury, comfort, and good food. And probably most important, they really enjoy listening to music! In terms of money and finance, prospects are indeed very favorable. The Pig natives should make full use of their two great qualities in 2019; the entrepreneurial spirit and the talent for making money. Being ingenious and sharp-minded, they can expect some very positive developments, most likely receiving more interesting and satisfying work tasks, followed by promotions or transfers. That means that the 2019 Pig will have some extra income at hand. Chinese astrologers recommend to save some of that extra money for the future, as the money set aside during the Earth Pig Year of 2019 has the potential to become useful capital in terms of investments.

Very sensitive and romantic in love, Pig natives might become jealous or possessive if neglected. That said, the Goat, the Dragon or the Rabbit appear to be ideal partners for the Pig. And even the Pig and Rat combination will bring some sparkles into your life. However, the relationship between Snake and Pig is to be religiously avoided, as there will be nothing but trouble throughout 2019. Goat and Pig will fall in love at first sight, yet Pig natives must be cautious, as there might be trouble ahead in both family and social life. It will be difficult to maintain interpersonal relationships, but since the Pig native is a true master in overcoming challenges, a number of long-term friendships are on the horizon. 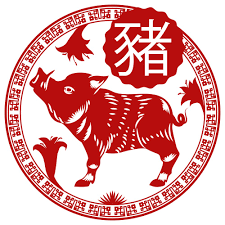 Maybe the best news for Pig natives in 2019 is the fact that there is absolutely nothing to worry about in terms of health. Chinese astrologers predict a basically worry-free year as far as health is concerned. Pig natives are known to indulge in some excesses, but if they get enough rest, they will be in great shape all year. It is suggested that Pig natives should exercise regularly and maintain a proper diet. The winter months might be somewhat testing, and health will be fragile during January 2020. However, with enough rest all health and mental breakdowns can be easily avoided. People born under the sign of the Pig tend to be more famous than people born under other signs. We find among them Alexander the Great and Henry VIII of England, American presidents Ronald Reagan and Thomas Jefferson, singers and entertainers Michael Jackson and Elton John, writers Ernest Hemingway and Alfred Hitchcock and the Terminator Arnold Schwarzenegger. Seems to me, if you are born under sign of the Pig, you’re in pretty elite company. Happy CNY 2019!