Dedicated to Clara Schumann, Brahms’ Klavierstücke Op.118 were written in 1893 again at Bad Ischl during his summer sojourn and are probably his most well-known opus nowadays. Julius August Philipp Spitta, a German musicologist, wrote to Brahms after receiving the score, “They are the most varied of all your piano pieces and perhaps the richest in content and depth of meaning …”. This perfectly captures the features of this set of miniatures (only in terms of their length). Highly condensed and expressive, this set of work can be seen as a microcosm of his inner emotional world. 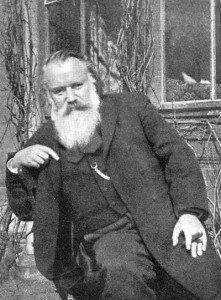 As the marking Allegro non assai, ma molto appassionato indicates, the first Intermezzo in A minor has a sweeping, expansive and dramatic writing with eruptions of emotions. The intensity continuously accumulates until the ending measures, which conclude the piece in A major, paving its way to the second Intermezzo.

We now come to the second Intermezzo in A major (Andante teneramente), which is arguably the most famous and often-played composition of Brahms. Perceived as a secret love letter to Clara Schumann, this is one of the most tear-jerking pieces of classical piano repertoire, with love, reminiscence and sense of longing all constellated in one single piece of music. Compared to the explosive outbursts in the first Intermezzo, this piece displays more restrained emotions. The first section has a lyrical melody, containing such transcendental beauty. As it reaches the central section in F sharp minor, written in a canonic style, the music is pervaded by melancholy and yearning. Then, it transitions into a gentle, soothing chordal section, like a reverential chorale. The lingering at the end conveys a sense of eternity, together with a bittersweet taste.

This article wouldn’t be complete without mentioning Pogorelich’s sincere, engaging and deeply personal account of this Intermezzo. He created a uniquely strong gravitational pull in the music. Give it a listen.

Despite being titled as Ballade, the rhapsodic nature of the third piece (in G minor) is in fact more apparent than its narrativeness. Marked by a strong pulse and rhythmic vigour, it has virtuosic and fiery outer sections. As the music reaches the central section in B major, it presents a singing melody with some radiant, heart-warming moments. 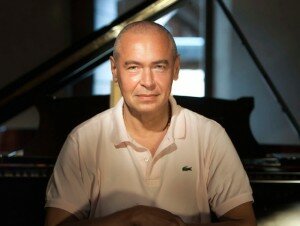 The fourth Intermezzo in F minor, again, reflects Brahms’ fondness of contrapuntal writing as there is strict imitation between the hands nearly throughout the piece. Indicated Allegretto un poco agitato, this Intermezzo begins with a slightly agitating first section. Emotions are still suppressed in the central section until it returns to the first theme, where the music eventually reaches its climax. However, the passion quickly extinguishes, concluding the piece in F major as preparation for the next work.

It is then followed by Romanze in F major. At first, two inner voices are embedded in the dense contrapuntal texture, moving in octaves. The tender, simple melody provides listeners with warmth. The unexpected modulation to D major in the central section brightens up the mood and infuses optimism to the music.

The final Intermezzo in E flat minor, Andante, largo e mesto, is a rather unusual work. Firstly, it carries much more weight than that expected of an Intermezzo. Secondly, unlike the preceding works, orchestral colours, such as the clarinet, harp and brass, are very evident here. It commences in a brooding mood with the Dies irae motif from Gregorian chant (commonly known as “death motif”), which repeatedly appears in this piece. Needless to say, the haunting sense of death permeates the entire piece, in particular in the first section. As it gradually enters the second section, the music transforms into a solemn march, possessing a heroic character. The emotions continue to culminate until two sudden reappearances of the death motif – it seems to depict a fearless hero persevering in the face of death. Nevertheless, immediately after the seeming triumph achieved at the climax, the death motif appears again, telling us that death is inevitable. At the ending measures, the motif repeats with a surge in intensity, symbolising the hero’s last sough in agony. The work fades away with a sombre arpeggio in E flat minor.

American pianist Murray Perahia gave a musically convincing account of the Klavierstücke, with technical assurance and kaleidoscopic tone colours displayed. For instance, the Ballade was taken at a brisk pace, containing the fervour and passion that the composer asked for. There was a pleasing balance between lyricism and fire in his playing, as evidenced by the last Intermezzo.


Compared with Perahia’s rendition, Radu Lupu presented a more introspective reading of the set, with the exception of the Ballade, in which Lupu pulled off a surprisingly thrilling performance. In slower pieces, like No.2, his playing was meditative, reflective and highly expressive. Unsurpassable emotional intensity and depth was achieved in the final Intermezzo and the use of rubato and silence was simply perfect, making it a thoroughly enjoyable listening experience.