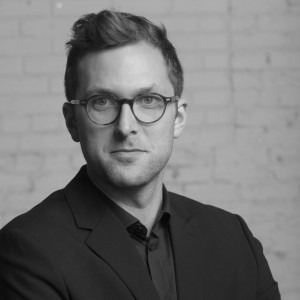 Scott Ordway would be what you would call an all-rounded musician. As a composer, a conductor, and a faculty member at the Curtis Institute of Music, Ordway is constantly in touch with different aspects of music, from studying and conducting standard repertoire, to teaching harmony and counterpoint, and all his experiences help shape the way he writes music today. Ordway will be joining the Intimacy of Creativity this April, bringing let there be not darkness, but light to the table at the Hong Kong University of Science and Technology.

Spearheaded by Chinese-American composer Bright Sheng, the IC is in its fifth year running, successfully bringing together internationally acclaimed performers and young composers for creative dialogue and music-making. Composer-performer collaboration is an art that Sheng claims was prominent as far back as the 18th century but in disuse in the modern day. The annual project, running from 20 April – 3 May, 2015, hopes to revive this trend amongst the best in the music industry today.

When did you realize you wanted to be a composer?

I have been a musician since childhood. I briefly contemplated a career as a rock critic, but decided to commit fully to composing when I was 19. At that point, I had already recorded two rock albums; those are my first real musical creations. They bear no superficial resemblance to my concert music past, present, or future but, in hindsight, they were motivated by a similar impulse. I’ve always wanted to create huge, emotionally intense music; I’ve always been tempted by catharsis.

You are also a conductor and an academic. How do you think these experiences shape you as a composer?

Conducting gives me a practical, physical connection to the process of creating a musical performance. Composing asks us to go beyond the material world; performing keeps us connected to it.

Running contemporary music ensembles is how I first encountered the music of my own generation. This was a great way to become connected to a larger culture. Studying and conducting the standard repertoire—particularly the music of Haydn—is what really taught me the importance of articulation and bow technique in creating a sound concept. This is of course highly applicable to contemporary composition.

I am a member of the faculty at the Curtis Institute of Music where I teach harmony and counterpoint. The curriculum there allows me to work regularly with students in one-on-one settings, and to explore concepts in considerable depth. When one spends 16 weeks dealing with two-voice counterpoint, one is reminded of the incredible expressive power of the most fundamental musical materials. Through my teaching, I live with this principle every day, and that has a major impact on my work.

What are your thoughts on collaboration and critique?

I’ve been a conductor almost as long as I’ve been a composer. Collaborating with other musicians is an integral part of my musical life.

Critique is always a valuable resource. Even when it feels off the mark, it’s useful to know how one’s ideas land on another’s ears. Now that I’ve been out of school for a couple years, this resource is a bit harder to come by, so I’m really looking forward to the process in Hong Kong.

What is the inspiration behind let there be not darkness, but light?

I began this work in Los Angeles knowing that I would finish it in New York, which was where I lived at the time. As such, the idea of balanced contrast – an idea that has fascinated and frustrated composers since Haydn – was on my mind. The work is abstract, but its title reflects this proportioned interplay of opposites.

How many times has it been performed?

The piece was written for the Aspen Summer Music Festival in 2012. Since then it has been performed by several professional groups, each coming from a very different performing tradition. A Swedish group, for instance, played it with a completely different energy than ensembles in Boston and Texas. It sometimes feels like we live in a standardized international music culture, but major differences do persist in how players attack, sustain, and release a note. These characteristics reveal themselves very clearly in new music, where we aren’t guided by a historical practice.

Tickets for the premiere concerts on April 26 and May 3 are available on URBTIX. Click here for more details.