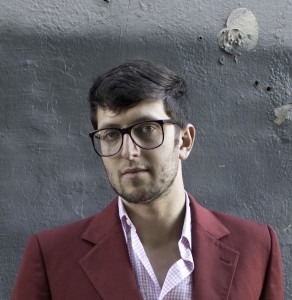 When the Gotham Chamber Opera and the Jarvis & Constance Doctorow Family Foundation presented up-and-coming composer David Hertzberg with the inaugural Catherine Doctorow Prize for Music last year, they called his music “an extraordinarily beautiful sound world with a unique and distinguishing vocabulary.” Hertzberg’s music is undoubtedly poetic, mysterious even. He is due to participate at the Intimacy of Creativity in Hong Kong in the coming week, and the piece he has chosen, Meditation boreale, written for the string quartet, sounds like a magical stroll through an enchanted forest.

So it came as no surprise when Hertzberg said his inspiration came after long walks in the park. “My compositional process is a bit mysterious to me,” he says. “I feel like the piece sort of composes me.”

Instead of programme notes, Hertzberg decided to accompany his piece with a poetic description, an ekphrastic response titled aurora. The poem, written after the completion of the work, speaks of a “pregnant wasteland”, “stoic, unmoved by wind and tide.” Hertzberg is cryptic about what audiences will be able to hear in the 13-minute piece, and only hopes his piece will be “a glimmering, magical landscape evolving and transforming of its own mystical accord.” Hertzberg was also heavily influenced by Finnish composer Jean Sibelius, stating that he was “ensconced in a torrid love affair with [his] late orchestral works”. The piece begins atmospheric, with the violins in a very high register, before the cello comes in, fast-paced and jarring.

Composed for the Flux Quartet in 2013, Meditation boreale will be performed with The Tanglewood New Fromm Players on April 26, following a short, intense period of critique and revision that will take place at the IC. This will not be the first time Hertzberg has collaborated with the Fromm players on Meditation boreale. “They performed the piece many times, and hearing how they had internalized the music so deeply was very rewarding,” says Hertzberg. It will be exciting to see how the IC experience, which involves taking apart a work, criticizing it and revising it, will challenge both the composer and the performers.

Conceived by Chinese-American composer Bright Sheng, the IC is in its fifth year running, bringing together internationally acclaimed performers and young composers for creative dialogue and music-making. Sheng claims that composer-performer collaboration, prominent as far back as the 18th century, is sadly in disuse in the modern day, and aims to bring the art form back with the programme, based in the University of Science and Technology.

Hertzberg’s musical education started early. His family was not musical, but that did not stop him from entering the Colburn School at the mere age of eight to study violin, piano and composition. Later, he received his Bachelor and Master of Music degrees with Scholastic Distinction from the Juilliard School, where he studied with Samuel Adler. Currently, he is pursuing an Artist Diploma at the Curtis Institute of Music. Already, Hertzberg has received numerous awards, including the prestigious Catherine Doctorow Prize for Music, a Charles Ives Scholarship from the American Academy of Arts and Letters, an Aaron Copland Award from Copland House amongst others.

For Hertzberg, this season is a busy one, as he prepares to premiere new works for Young Concert Artist, the PRISM Quartet, Network for New Music, and the Curtis Orchestra, with performances at Merkin Hall and Symphony Space, as well as performances at the Kennedy Center, features on APM’s Performance Today, the IC in Hong Kong, and performances by the Pittsburgh Symphony Orchestra and the American Composers Orchestra. Hertzberg admits that he is most proud of his newest works, including two pieces written for the PRISM Quartet and the Curtis Orchestra.

“I feel that generally I am most proud of my most recent works,” he says. “At this moment, [this] happens to be a piece composed for the PRISM Quartet [called] Murmurations, and as of a few days ago, a new work for the Curtis Orchestra [titled] For none shall gaze upon the Father and live.”
As for the IC, Hertzberg admits he has never encountered any comparable experience. He has worked with plenty of performers before, but “rarely is there criticism at the level of musical content,” he concedes. “This is something that I think will be special about the IC experience.”