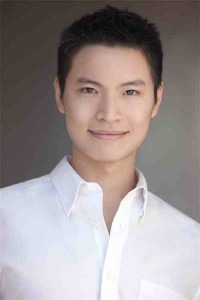 If he weren’t writing music for a career, Ian Ng would have liked to be a dancer. The New York-based composer has a strong passion for dance, which in turn influences the way he writes music. Ng’s career is still in its early stages; he graduated from New York University with a master degree in music composition in 2013, but he has already worked on ten original dance and music works, collaborating with some of the top dance ensembles and groups. IGUAL (Equal), a ballet score he wrote for the Complexions Contemporary Ballet Company in 2014, will be adapted and reworked at the Intimacy of Creativity at the Hong Kong University of Science and Technology this coming April, and premiered on April 26 at the Hong Kong City Hall.

The Intimacy of Creativity, spearheaded by Chinese-American composer Bright Sheng is in its fifth year running, successfully bringing together internationally acclaimed performers and young composers for creative dialogue and music-making. Composer-performer collaboration is an art that Sheng claims, was prominent as far back as the 18th century but in disuse in the modern day. The project culminates to two public concerts on April 26 and May 3, where the Composer Fellows will showcase their revitalized works at the Hong Kong City Hall.

Why do you find dance music fascinating?

I have been fortunate to have worked on ten original dance/music collaborations in my career thus far. I have written both electronic music and music for acoustic instruments for modern dance, dance theatre and contemporary ballet. I have always been passionate about dance, and often take dance classes. I am also familiar with dance terminology. As a composer, what I find so fascinating about choreographers and dancers is that they respond to music very differently than trained musicians. Their reaction is more spontaneous and organic –even more honest- and that has inspired my music writings. Every choreographer I have worked with has a unique approach to creating a new dance piece. Some have shown me certain movements they wanted to further explore and develop within a musical phrase, some shared an ideology/story/article with me, and some would simply describe the mood and colors they had in mind for their piece. The most unconventional collaboration I’ve had was with a choreographer who wanted me to write a piece of music that had no actual musical notes. Writing music for dance is simply FUN.

Which of your works are you the proudest of, and why?

Each of my compositions is special to me for different reasons. For example, my orchestral composition Cité en l’air, written for the NYU Symphony Orchestra, was my first composition performed in New York City. Grand Jeté on a Violin, my piece for violin and piano, was turned into Toccare, a ballet by Marcelo Gomes, principal dancer of the American Ballet Theatre. This ballet was performed with live music in front of a sold out crowd at Lincoln Center.

At the IC, you would need to critique other composers and be criticized at the same time. Have you had previous experience in this sort of dynamic?

During my music school years, I had similar experiences in classes such as Composer’s Forum/Seminar where students discussed each other’s works. Living in a major city of the arts like New York City, I am used to receiving criticism on a daily basis. I even often criticize myself! As for the IC experience, I believe it’s actually more about sharing thoughts and ideas with colleagues rather than criticizing each other. 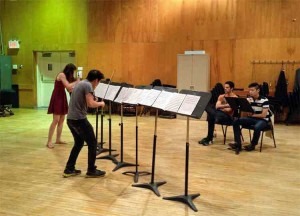 Where do you usually find inspiration for your works?

New York City is my main source of inspiration. The city is always evolving and I have new discoveries almost every day. I go to city parks, sit in cute cafés, walk around different neighborhoods and best of all, going to the theater, whether it’s opera, ballet, concerts, Broadway etc.

Can you tell us more about your piece IGUAL?

IGUAL (Equal) was a commissioned ballet score, sponsored by the Rockefeller Brothers Fund, and performed by Complexions Contemporary Ballet Company for the 20th anniversary of the Fire Island Dance Festival in the summer of 2014. It was my second collaboration with Marcelo Gomes, who is principal dancer of the American Ballet Theatre. When I was told I was going to write music for Complexions Contemporary Dance Company, I knew I would write a vibrant piece to showcase the athleticism and physicality of these dancers from the company. So their dancing actually inspired my music writing. The music is celebratory in style, fast-paced, full of boundless and youthful energy.

What do you expect to take home from the IC?

I fully anticipate being energized and artistically rejuvenated by sharing thoughts and ideas with my fellow colleagues.