English theatres had a special way of celebrating important performances. Gala, royal, anniversary, benefit, charity, or visits of foreign dignitaries called for the use of a silk programme. 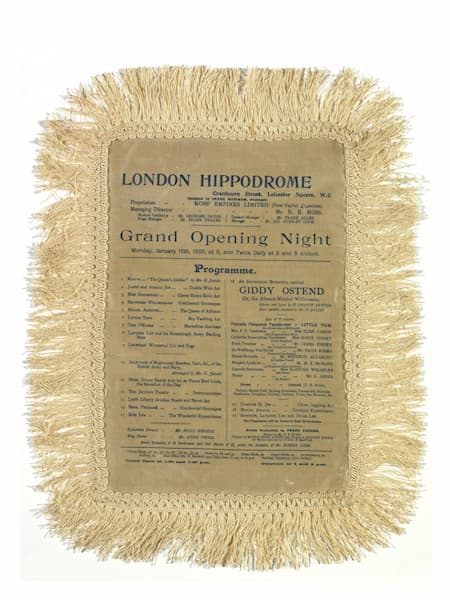 When a leading opera star made an appearance, here for a recital in 1902, the silks were rolled out again. This programme for Australian soprano Nellie Melba (1861-1931) was printed on both sides, the outside acting as a cover and the inside being the programme. Nellie Melba returned to Australia in 1902, on her first return visit after a triumphant career in England. She toured both Australia and New Zealand giving concert performances. This program was for her appearance at Town Hall, Melbourne, 27 September 1902, where she sang with a number of other performers. 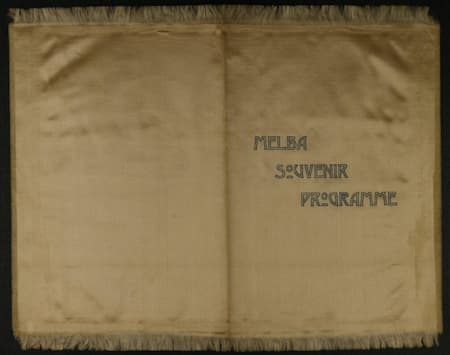 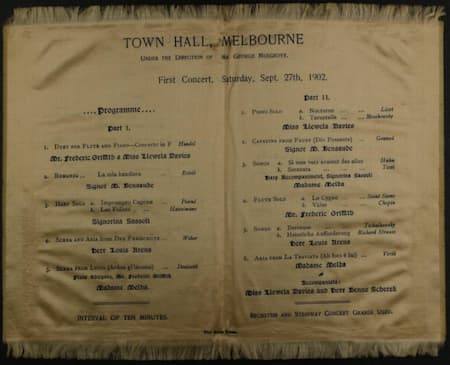 
Some programmes would include lithographed images, such as this one for a Gala Performance in honour of the French President given by command of His Majesty the King. The opera selections came from Rigoletto, Carmen and Romeo et Juliette. The images are of King Edward VII and Queen Alexandra. One of the singers for Rigoletto is Nellie Melba. 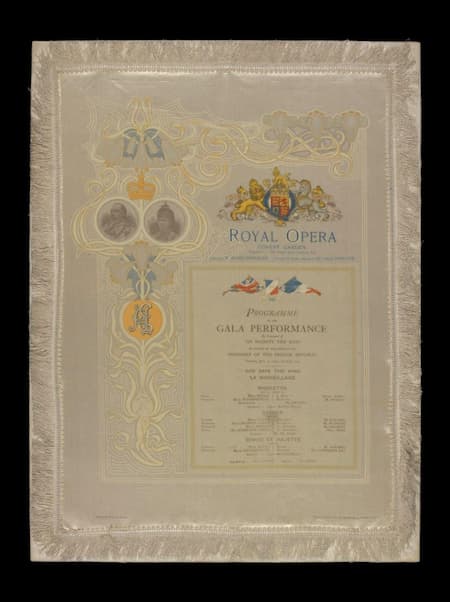 
The programmes were printed on silk or silk sateen, which had a very smooth texture, suitable for printing. The borders could be simple or complex: a simple hem or combed out edges or decorated with gold braid or fringing in thread or, more rarely, in metal.

How these were distributed remains a bit mysterious. None of them have prices printed on them, so they may have been given out. Quantities are also not known – to the entire house or just for those in boxes? More recent examples have included tubes or envelopes or folders for presenting and then preserving the programme, such as this presentation folder, made for a 1962 performance of Rob Roy at the Royal Lyceum Theatre in Edinburgh, in a rare mid-20th century appearance of the silk programme. The cover, which folds in three to hold the programme, includes the royal crest, a synopsis of the opera, and a list of the singers and their characters. This was made by the Edinburgh firm of R & R Clark, using silk from the firm of Winterthur Silks in Dunfermline, Scotland. Wintherthur had woven the silk for the wedding gown of Queen Elizabeth II.

The music for this production came from Isaac Pocock (1782-1835), who made a name in adapting the works of Sir Walter Scott as ‘operatic dramas.’ 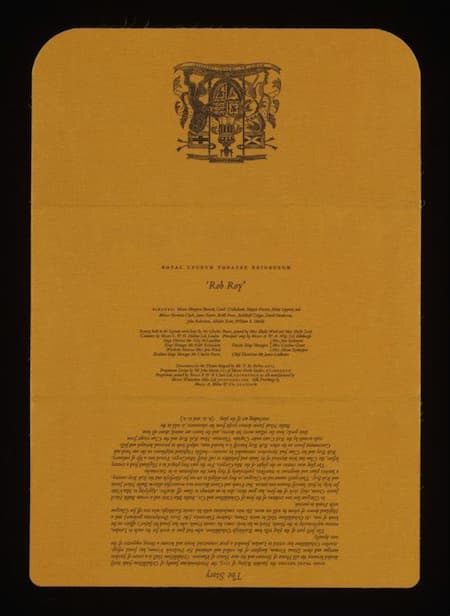 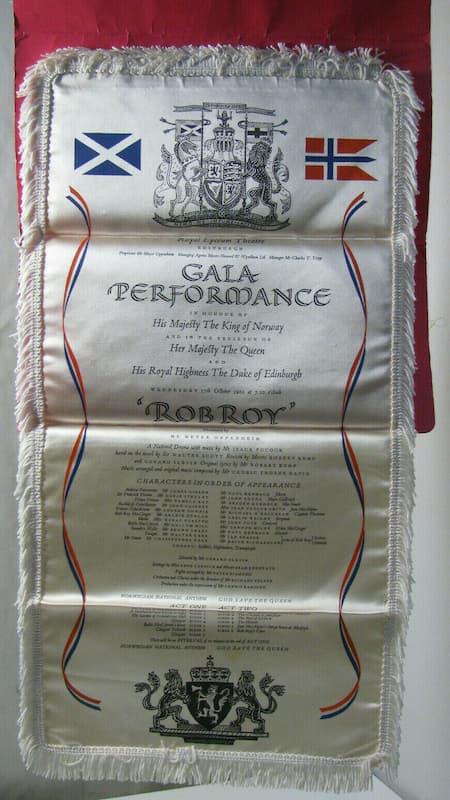 The earliest dated programme held by the Victoria and Albert Museum is from 1797 and their most recent from 1981 for a gala performance celebrating the 50th anniversary of the founding of the English National Opera. 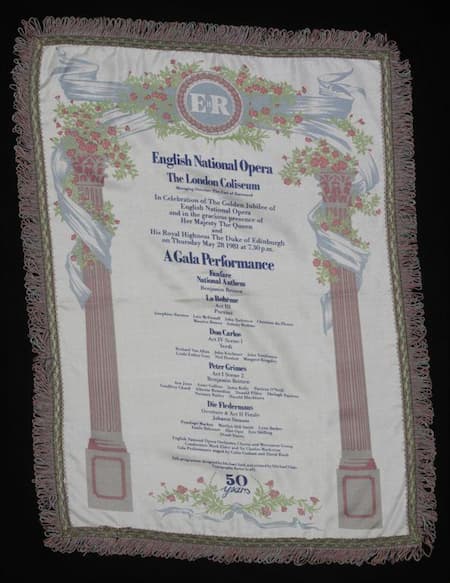 
So, next time you’re poking around the antiques markets or antiquarian book dealers, keep an eye out for a different kind of programme! They commemorate any number of different celebrations.