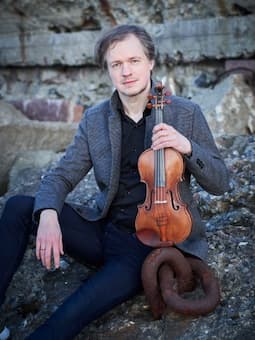 Norwegian violinist and composer Henning Kraggerud, the Artistic Director of the Arctic Philharmonic Chamber Orchestra, has been lauded for his versatility and passion for music and the beauty of his performances. A critic writes, “Kraggerud displays striking virtuosity which feels bold with a masculine ruggedness yet natural, attributes so often absent from performance. Kraggerud creates a biting Nordic chill and a sense of mystery, while the tranquil beauty of the surface and undertow of melancholy is especially spellbinding.” Henning was born in Oslo on 23 June 1973, and he started violin lessons at the age of seven with Magna Halvorsen. 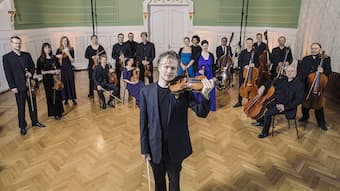 “I was about ten when she called Leif Jørgensen, who probably taught a third of the violinists in Norway, and set up an audition.” Kraggerud relates, “Jørgensen picked up on my talent for composing and said to me, you don’t need to do the regular etudes. You can compose the etudes yourself.” His entire philosophy around teaching, according to Kraggerud “was to look at the bigger picture and the whole person.” 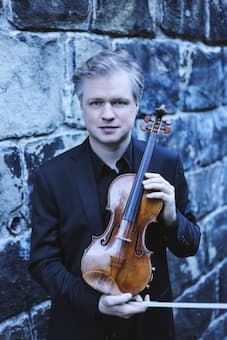 Kraggerud was accepted at Oslo’s Barratt Due Institute of Music, an organization founded in 1927 to inspire young talent. Kraggerud took lessons from Stephan Barratt Due, Jr., and he has passed on his experiences to his own students. “When preparing a concerto,” he explained, “I get a student to think about a lot of things. I don’t let my students study only intonation and fingering in the violin part; they have to know the orchestral score and all the harmonies too. But my ultimate goal is to foster their independence and make myself dispensable… I want them to build their own interpretations. One of my favorite quotes by Gustav Mahler is, ‘Our duty on Earth is to pass the flame on, not to store the ashes.’ This pretty much sums up what I believe in. I think this is what teachers often miss: they try to force something upon the student, but it needs to come from within the student to really work.”

Kraggerud continued his studies with Camilia Wicks and Emanuel Hurwitz. Kraggerud recalls that “Hurwitz was particularly good with sound production and different types of vibrato, and he was very musical. He had a viola in his house with one string, and he would make me play it, starting as if it’s the highest string, then go through the arch as if playing on the deepest string, teaching me how morphing is square in music-making. It was marvelous to learn from him and, as a human being, he was warm and encouraging.” Camilia Wicks, on the other hand, had been a lifetime professor at the Oslo Royal Academy since the 1970s and a champion of Scandinavian music. She had studied with Louis Persinger, (a student of Ysaÿe) at Juilliard. Kraggerud recalls, “she was more soloistic in her teaching and, frankly, I think I learned a lot of things from her that few people know in the world. She exposed me to French, Belgian and some American pieces.” 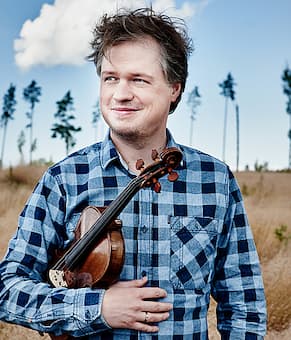 Kraggerud started to compose at about the same time as he started to play as a young boy. “I composed regularly,” he writes. “I wrote a symphony for a full orchestra when I was ten (in four movements), and I wrote piano trios, violin concertos and oboe quartets. Every time I heard a piece I liked, I would compose something for the same story. So, when I was 11, I was tapping into the Schubert trios and wrote a piano trio. I look at it now, and I recognize how un-Schubertian it actually was! Composition is one of the things I’ve been sharing with my students lately. I’ve been improvising and composing myself, and I encourage them to do the same. The separation between composers and players (which is the rule today) hasn’t benefited classical music life. When you look back through history, it was entirely normal for players to compose and for composers to perform. So I’m skeptical of this separation now.” Kraggerud wants to make music and present concerts that he himself would like to attend. As the Artistic Director of the Arctic Philharmonic Chamber Orchestra he aims to present projects that explore a clearly defined theme, not necessarily presenting the most popular pieces. For Kraggerud, “the key is to develop a theme for the listener, and to not let them down in terms of quality of performance… We often invite well-known authors to give a perspective on the music, with some really good actors or authors entertaining them and connecting the audience to the music.”