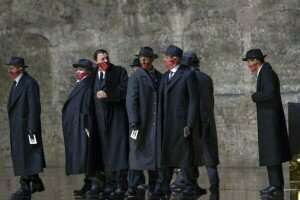 This summer’s Salzburg Festival chatter was dominated by the enthusiastic reviews of the new production of Richard Strauss’ Salome and its new star soprano Asmik Grigorian.

This Lithuanian soprano, who debuted in Salzburg a year earlier as Marie in Wozzeck (see here), completely stole the show. Grigorian’s portrayal of the young princess moving from innocent young girl to petulant teenager and ultimately to sexualized and horrifically destructive young woman was terrifying in its impact. She demonstrated the supremely rare combination of effortless vocal strength and lyrical beauty. Her unforced and flexible soprano was well suited for the physically demanding direction that saw her sing while splashing around on her knees in a pool of milk, caressing a headless corpse and ultimately delivering her final scene from a water-filled ditch. 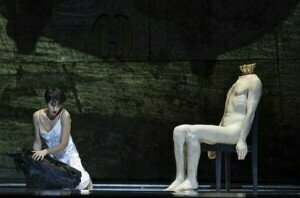 Though this was clearly Grigorian’s evening, she had equally accomplished colleagues. British tenor John Daszak delivered a Herodes (Herod) who was confident and manipulative, rather than the more customary tottering fool. Gábor Bretz was a strong and virile Jochanaan (John the Baptist) even when singing from his recessed dungeon. Julian Prégardien gave a noteworthy Narraboth. Anna Maria Chiuri was a chilling if histrionic Herodias.

Franz Welser-Möst led the Vienna Philharmonic with fluidity and verve, drawing depth and beauty from one of the finest orchestras in the world. No delicate phrasing went unnoticed, no detail went uncherished as Strauss’ rich score took flight.

Romeo Castellucci, multi-hatting as director, scenographer, costume and lighting designer, was the other main attraction of the evening. The controversial Italian challenged the audience with stark and disturbing imagery and provocative themes that demanded reflection. 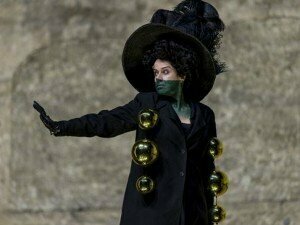 Why is Jochanaan handled like a horse, covered in black body paint and ultimately hosed off on stage by horse handlers? Why does Salome put a saddle on her back and move like a horse while kicking back dirt? And why does a live horse make a furtive appearance from Jochanaan’s dungeon? Is John the Baptist sexually symbolized by a black stallion? What are the colour codes of the half-painted faces of Herod’s household? What is the significance of the nauseating parade of transparent plastic body bags being noisily dragged across the stage, occasionally with struggling bodies?

Castellucci also completely does away with the dance of the seven veils, played with stunning romanticism by the orchestra, leaving a barely dressed and motionless Salome alone on a plinth in a yoga-like child’s pose, as a stone cube slowly descends on her, as if crushing the young girl and ultimately swallowing her. 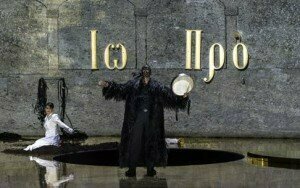 This Salome left the black-tied Salzburg audience with mouths agape and reaching for their programs in search of explanations. Though few had credible interpretations for what they had just seen, everyone agreed that it was an evening of astounding intensity and musical brilliance.