In 1850, Pyotr Ilyich Tchaikovsky entered the School of Jurisprudence in Saint Petersburg as a boarding student. This most prestigious school for boys destined to become imperial administrators was to be his home for the next nine years. Being separated from his mother caused considerable emotional trauma, and her death from cholera in 1854 prompted his first serious attempt at composition. Isolated and lonely, he forged friendships with fellow students that would last a lifetime. Sergey Kireyev (1845–1888) became the “strongest, most durable and purest amorous infatuations” of Tchaikovsky’s life, as “it possessed all charms, all sufferings, all depth and force of love, most luminous and sublime.” 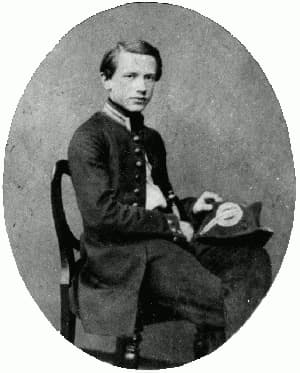 In 1852 the buddying poet Aleksey Apukhtin (1841–1893) commenced his studies, and by the autumn of 1853 he was a close friend of Tchaikovsky. Their friendship was based on a shared love of literature and poetry, and Tchaikovsky looked up to what teachers saw as the future Pushkin.


Tchaikovsky contributed various writings to The School Herald, a magazine edited by Apukhtin. Music wasn’t yet at the forefront of discussion, but Apukhtin did recognize his friend’s artistic aspirations and wrote a poem that he dedicated to Tchaikovsky in 1877.

You remember how, hiding in the music room,
Forgetting school and the world,
We would dream of an ideal glory —
Art was our idol,
And life for us was fanned by dreams.
Alas, the years have passed, and with terror in our breast
We see that everything’s behind us now
And the cold of death lies ahead.
Your dreams came true. Scorning the beaten way,
You obstinately struck a new path for yourself,
You took fame by storm and drank deep
Of this cup of poison
Oh, I know, I know how ruthlessly and long
A harsh fate for this wreaked vengeance upon you
And how many prickly thorns
Are twined into your laurel wreath.
But the clouds dispersed. Obedient to your soul,
The songs of bygone days are revived,
And spite’s craven babble
Before them faded and fell silent.
While I, finishing the course an unrecognized poet,
Take pride that I guessed the spark of divinity
In you, then scarcely glimmering,
Now burning with so powerful a light. 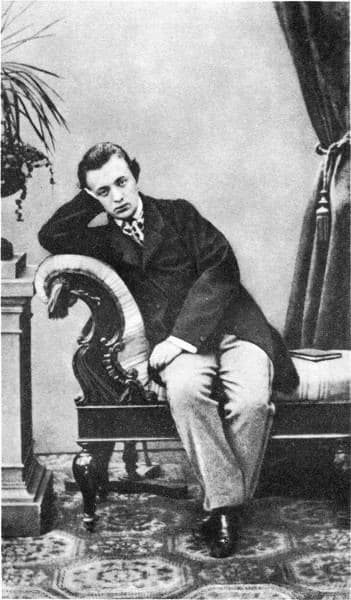 Apukhtin would soon step into the spotlight by penning two patriotic poems at the height of the Crimean War. After graduating with a gold medal in 1859 some of his lyric poems were published by the foremost literary journal in Russia, turning the young poet into an instant celebrity. Apukhtin, however, had no intention of earning his living as a writer, and in May 1859 he started working at the Ministry of Justice. Tchaikovsky would soon follow suit, but both men would quickly resign from their posts. Apukhtin and Tchaikovsky would remain lifelong friends, but they had rather different outlooks on life and work. When Tchaikovsky scolded his friend to devote himself seriously to literature, Apukhtin shot back. “You at the same time continue to believe, like a naïve schoolgirl, in labor and struggle… Strange that you’ve not mentioned progress as well!…You have no right to boast about taking up music professionally.” They disagreed on Tolstoy, and Tchaikovsky hated Apukhtin’s notions that “the artist is superior to the rest of mankind.” However, throughout their friendship Apukhtin included poetry in his correspondence, hoping that Tchaikovsky would set it to music.


After Tchaikovsky’s failed marriage, Apukhtin provided moral support to his friend and urged him “to ignore all the rumors that would inevitably arise.” The friends met frequently in Saint Petersburg during the 1880s, and when the Imperial School of Jurisprudence marked its 50th anniversary, Apukhtin wrote a poem and Tchaikovsky used his own text for a dedicatory chorus. When Tchaikovsky departed for England in 1893 to receive his honorary doctorate from the University of Cambridge, Apukhtin wrote another poem dedicated to the composer:

For a musician-friend’s departure
My verse adopts a minor key,
And the fugue of our old friendship,
Ever evolving, grows…
The overture to a tempestuous life
We played together until the end,
The bravura march of coming glory
Excited our hearts early on.
We believed in our talents,
Shared a multitude of feelings and ideas…
And you were like the dominant
In the chords of my youth.
Alas, that song has died away,
To other sounds I abandoned myself,
I played out of tune a great deal
And got used to the dissonances.
Without happiness, without work,
I have long since wasted my heavenly gifts,
Like a scale, life has become boring for me,
And my finale is ever so near…
But when for eternal life
I am buried in the earth, I ask you:
In the notes of your heart’s memory
Do not put a final chord on me. 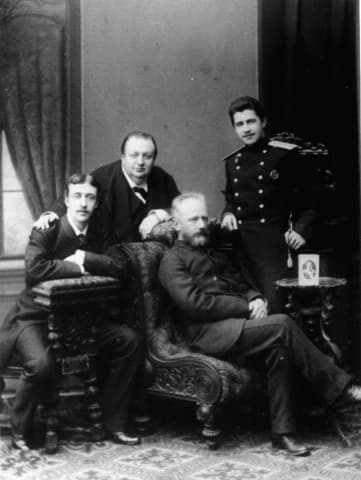 At that time, Apukhtin was gravely ill, and Tchaikovsky was deeply affected by his passing. “At the very moment I’m writing this, Lyolya Apukhtin’s funeral is taking place!!! Although not unexpected, his death is still alarming and painful all the same. There was a time when he was my closest friend.” In a touching letter, Tchaikovsky praised the beauty of his late friend’s verses, while criticizing his “pessimistic attitude to life.” Tchaikovsky set a good number of his friend’s poems to music explaining, “for the music to be worthy of the poem you like, that poem would have to warm my creative feelings, to touch and agitate my heart, to awaken my imagination.”