In Tune Society
The Concert Preacher: Music in the Service of Politics?
by Georg Predota October 17th, 2018 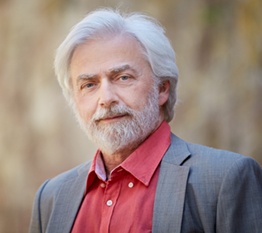 When Polish pianist Krystian Zimerman told American audiences during his debut recital at Disney Hall in Los Angeles “Get your hands off my country,” he stirred up the seemingly endless debate whether classical music and political advocacy can or should coexist on the concert stage. According to Zimerman, “I can’t in good conscience play to an audience in a country whose political leaders I disagree with, without making some kind of stand. My performances only speak to listeners who clearly understand where I am coming from.” Making political statements on stage is nothing new, and the virtuoso pianist, composer and conductor Hans von Bülow (1830-1894) was considered a great nuisance by the political authorities of Berlin and Leipzig. Dubbed the “Concert Preacher,” Bülow made frequent speeches of a political nature during his concerts, and he was even compelled by the police to sign a contract that “he would not speak a word at his concerts, not even to announce the date of his next appearance.”

Wolfgang Amadeus Mozart: Marriage of Figaro, K. 492 “Se vuol ballare, Signor Contino”
Everybody in Berlin knew that Bülow had a strong dislike for Count von Hulsen, the government intendant who officially was in charge of all operatic performances in the city. During a performances Bülow gave one of his impromptu and incendiary speeches and referred to “the circus that von Hulsen runs.” Since von Hulsen was a court officer, Bülow was summoned to court and stripped of his rank as court pianist, and all his medals. Von Hulsen died shortly thereafter, and at a commemoration concert ushers were under strict orders not to admit von Bülow. Every usher carried a photograph for easy identification, and when Bülow arrived, he was quickly spotted and ejected from the venue. 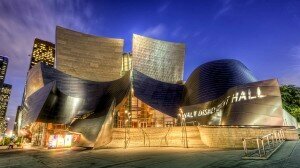 However, von Bülow did get his revenge without uttering a word. The very next evening he gave a solo recital, and when he sat down at the piano he began to improvise on a theme from Mozart’s Marriage of Figaro. The audience was soon rolling with laughter, as the chosen theme carries the words “If you would dance, my pretty Count, I’ll play the tune on my little guitar” in the opera. Given Zimerman’s open disagreement with all matters of Chinese policy, it will certainly be interesting to see if he will work some political commentary into his performance at the Beijing International Music Festival in October 2018.

Bernstein: Symphony No. 2 (The Age of Anxiety) will be performed by Zimerman in Beijing