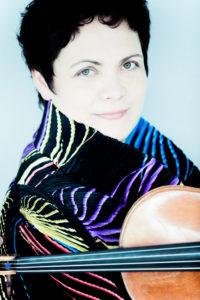 As we celebrate the 250th anniversary of Beethoven’s birth in 2020, for many of us it’s going to be all Beethoven, all the time. However, starting off the new year in a small way, the Beethoven-Haus Bonn, in their Chamber Music Room, will present a set of 16 concerts that will bring Beethoven closer to us than any set of his symphonies can.

The 16 chamber music concerts were carefully crafted by violist Tabea Zimmerman and Spanish music critic and musicologist Luis Gago. Ms. Zimmermann had been impressed by a set of concerts Mr. Gago had curated, where he matched the artists to a program, rather than simply taking the program the artists had. Over the past few years, Ms. Zimmermann and Mr. Gago have created concerts for the Beethoven Haus where a single work by Beethoven was used as the basis for a week of related music. Last year, for example, using Beethoven’s Diabelli Variations as the base work, they created a week of concerts of variation sets. At the end of the week, a once-familiar genre that had largely fallen out of fashion was brought back into the limelight, giving audience and performer a way to connect to Beethoven’s time. 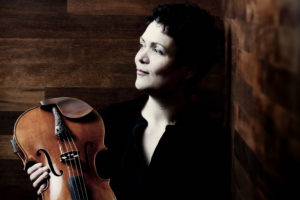 This year’s series is, as the name says, Pure Beethoven – no other composers’ music will be heard. However, in their matching of performers to program, the creators have given us some truly intriguing concerts. In the 5th concert, on 23 January, we have two string quartets, Beethoven’s first string quartet, the Op. 18, No. 3, matched with his 15th and one of his last string quartets, the Op. 132. We have Beethoven writing on commission for Prince Lobkowitz and then writing, 27 years later, on his own behalf. A standard 4-movement work of 1798 grows to an unusual 5 movements in 1826. Other concerts include a variation sets, sonatas for violin and piano, trios, serenades, and a septet, the largest ensemble for this series. The piano sonatas are not part of this series, as that is a separate program given by the Beethoven Haus. Some of the concerts will be on period instruments, with gut strings and their resulting quieter sound, and some will be on modern, steel string instruments. 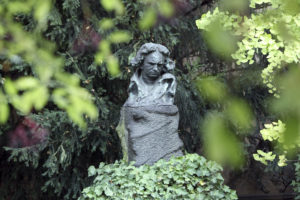 We asked Ms. Zimmermann if there was any concert in particular she was looking forward to and she said that, in fact, she couldn’t wait to hear the whole series. Since the works weren’t being played in the usual layout, such as grouping all the quartets together or playing the whole series in chronological order, but were being put into concerts depending on a work’s key, for example, she fully expected to hear familiar works with new ears. For audience members who attend the whole 16-part series, it will be 4+ weeks of intensive Beethoven chamber music and will be learning experience for both the audience and the performers.

The small hall, which seats only 200 people, provides a venue for the audience to listen closely and look deeply into the content of a work, not just admire the surface. Ms. Zimmermann said she thought that a series like this, of chamber music works, would be relatively rare during the Beethoven Year, with more emphasis probably being placed on the symphonic works, which could fill large halls.

We talked about the language of the late Beethoven and how audiences, even now, can find it difficult. They often don’t understand it and that get matched with a feeling that they don’t like it. However, current performers have an obligation to hand over music to the next generation and they must lead the fight to bring the late, difficult music to a new audience. From Joseph Joachim’s first chamber music festival in Bonn in 1890 to this 2020 edition is more than 130 years of chamber music, it is also 130 years of learning, learning to listen, and learning to understand the music of a great master. Come listen to Pure Beethoven and hear the purity of a composer who we are still seeking to understand.