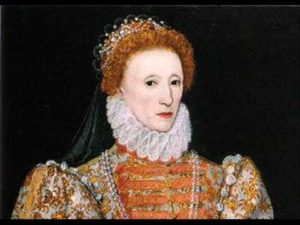 Alfonso Ferrabosco the Elder (1543-1588) was an Italian composer who came to England around 1562 where he was nearly the only Italian in the country. A composer and son of Domenico Ferrabosco, he worked for Queen Elizabeth I, some say as a spy because of his frequent trips between Italy and England. He returned permanently to Italy in 1578, leaving behind his 3-year-old son, Alfonso Ferrabosco the younger (1575-1628), who was illegitimate and who had been put into the care of a member of Queen Elizabeth’s court. Alfonso I asked for Alfonso II and his other children to be sent to him but the Queen refused, insisting they must remain in England. 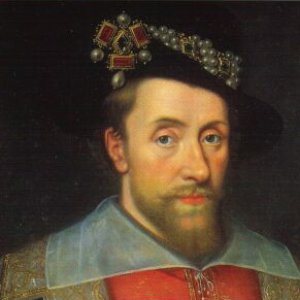 Alfonso II’s guardian, Gomer van Awsterwyke, was a member of the Queen’s flute consort. Alfonso II became a member of the viol consort and the teacher of young Prince Henry. Starting in 1605, he worked with the writer Ben Jonson and the designer Inigo Jones on masques for the Stuart court. Their first work was The Masque of Blackness, given for Queen Anne in January 1605.

By 1624, he was head of the 4-person ‘Musicians for the Violls’ and also had responsibility for purchasing instruments. In July 1626, he was appointed “composers of musicke in ordinary” to King Charles I. At Alfonso II’s death in 1628, his sons Alfonso III and Henry were given his court posts. 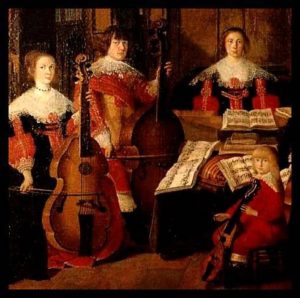 The pavane was the court dance of England starting in the 16th century. It was the inspiration for hundreds of pieces of ensemble, keyboard, and lute music. It was designed as a processional dance and was perfect for showing off your court clothes. A 1588 description of it (should you wish to try this at home) was given in the dance book of Arbeau: 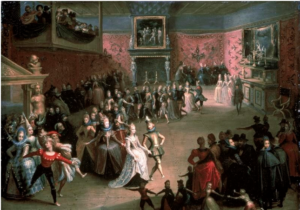 Alfonso II’s Four-Note Pavan uses the top voice to present a simple 4-note motif, repeated at different pitches and with different rhythms. With this laid as the groundwork, it was ideal for the court dancers to move forward and back. 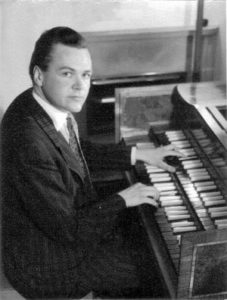 This recording was made in 1956 with the musicologist Thurston Dart at the harpsichord, leading the Boyd Neel Orchestra. Thurston Dart was a critical supporter of the 20th century Early Music Revival and many of those who formed important groups or became important leaders in the revival started as his students. The music on this recording came from his work as secretary to the important series Musica Brittanica, which was begun in 1951 as the authoritative national collection of British music, outside existing library editions. 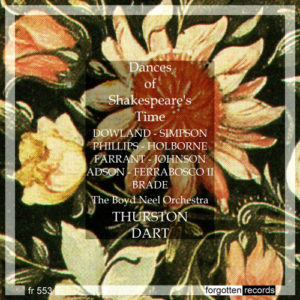