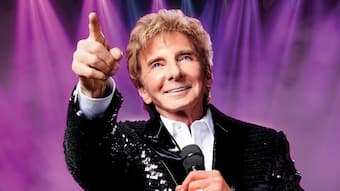 We know…there’s only 12 notes in a scale and how many different ways can there be of combining them? Sometimes, you get a song in your ear and start to hear it in many different places. Sometimes it was deliberate on the part of the modern composer. If we look at Barry Manilow’s 1971 song and 1975 hit Could It Be Magic we can hear immediately that there’s something classical on the loose! The story is that Manilow was playing around with a melody that he’d been playing at home – a little piano prelude by Chopin – and by elaborating on the melody, came up with his own song. By adding his quotation of the Chopin original at the beginning and end of his song, he framed his own reading of the work beautifully.


Jean-Paul-Égide Martini’s vocal romance Plaisir d’amour, written in 1783, is a bittersweet song about a disappointed lover: ‘I left everything for…Sylvie, she left me for another lover’ with the constant refrain of ‘Love’s pleasure last but a moment, Love’s disappointment lasts a lifetime.’ It is a standard for the classical singer.


In the hands of songwriters Hugo Peretti, Luigi Creatore, and George David Weiss, however, the song became an affirmation of love: ‘Darlin, so it goes, Some things were meant to be.’ Our lover is swept along, unable to help giving not only his hand but his ‘whole life, too’ to his beloved.

Another Elvis hit based on a song from earlier times was his 1960 No. 1 hit It’s Now or Never. Before it was a pop favourite, however, it was a song written in 1898 in the Neapolitan dialect celebrating not only the beauty of the sun but the beauty of his love’s face. Eduardo di Capua’s song, developed from a set of melodies he had purchased from Alfred Mazzucchi, is traditionally sung in Neapolitan rather than standard Italian (where the title would be Il mio sole). Luciano Pavarotti’s performance of the song won the 1980 Grammy Award for Best Classical Vocal Performance. 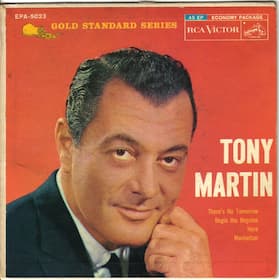 In 1949, new lyrics were given to it as ‘There’s no tomorrow’ and it was a hit for Tony Martin. Elvis heard the song in Germany and made a private recording and when he was back in the States, requested new lyrics for it. He also heard the Mario Lanza recording of the original while he was in Germany. Aaron Schroeder and Wally Gold came up with ‘It’s Now or Never.’ Now there’s a sense of urgency – ‘tomorrow will be too late’ for his ‘love won’t wait.’ The song became one of Elvis’ best-selling singles, with over 20 million copies. The song was No. 1 on the charts in the US, the UK, Australia, Canada, Belgium, Ireland, The Netherlands, New Zealand, Norway, and South Africa; it only got to No. 2 in Germany. In concert, Elvis always acknowledged the origin of the song, speaking about its origin and having a singer perform a brief part of the original.

The Russian composer Alexander Borodin proved to be inspirational for the 1950s. The 1911 play Kismet by Edward Knoblock was adapted by Charles Lederer and Luther Davis and had lyrics and music adapted and created by Robert Wright and George Forrest. The whole project had been commissioned by Edwin Lester of the Los Angeles Civic Light Opera. The music they adapted came from 9 different works by Borodin, including 4 different pieces from his opera Prince Igor. Borodin’s String Quartet No. 2 in D major was the source for the song ‘Baubles, Bangles, and Beads’.


‘Baubles, Bangles and Beads’ occurs in the scene with our heroine Marsinah in the marketplace, where she’s seen by the young Calif. The Calif later, in the guise of a gardener, sings Stranger in Paradise (based on the ‘Polovtsian Dances’ from Prince Igor) when he sees her. In 1954, the musical won three Tony Awards for Best Music, Best Performance by a Leading Actor in a Musical, and Best Conductor and Musical Director.


What could possibly connect Bruckner’s Fifth Symphony with a song that was voted one of the best songs of the first decade of the 21st century and has become a sports anthem? Well, if we take the theme used in first and fourth movements (at 02:29 and 00:46), we have the fundamentals of the guitar riff of Jack White’s Seven Nation Army.


White came up with the guitar riff while on tour in Melbourne in 2002. It then developed further as ‘a little experiment’ where White tried to create a song that was compelling but that didn’t have chorus. The title, a mishearing of ‘Salvation Army’ as ‘Seven Nation Army’, was first used as a placeholder name and then it stuck.

Muzio Clementi‘s Sonatina, Opus 36, No. 5’s third movement Rondo was the basis for a chart-topper recorded by The Mindbenders in 1965 and later by Phil Collins in 1988.


A Groovy Kind of Love had been written by Tony Wine and Carole Bayer Sager as a play on the new word that had come to popularity in the mid-1960s, ‘groovy’. It was the happening word of the day and once they came up with the hook of ‘a groovy kind of love’ they say the song wrote itself in about 20 minutes.

The Mindbender’s 1965 version was nowhere close in speed to the Clementi original, but Phil Collins’ 1988 version slowed the tempo to a ballad and it reached No. 1 on the UK and US charts.

The Mindbenders: A Groovy Kind of Love, 1966

We think of Rachmaninoff’s piano works as full of grand gestures, great voiced chords that move from one end of the piano to the other. Yet, he was also a composer of delicate, sweet melodies, as was discovered by Eric Carmen.


His 1975 song All By Myself made No. 1 in the US and Canadian charts. Carmen’s use of the theme from the second movement of Rachmaninoff’s Piano Concerto No. 2 was deliberate, and, unfortunately, was also still in copyright. Rachmaninoff’s work was out of copyright in the US but was still protected outside the US and he had to pay royalties to the Rachmaninoff estate for his use of the melody.

Eric Carmen: All By Myself

We saw this composer’s effect on Barry Manilow, but if we look back a century ago, another work by Frédéric Chopin was also a pop hit. His Fantaisie-Impromptu of 1834 was published in 1855 after Chopin’s death, despite his explicit instructions that none of his unpublished works be brought out. Chopin guessed wrong as his Fantaisie-Impromptu has become one of his most frequently performed works.


This work inspired vaudeville composer Harry Carroll to write I’m Always Chasing Rainbows in 1917, which was used in the Broadway show Oh Look! in 1918 and in Hollywood films in 1941 and 1944. In 1973, it was added into the revival of the 1919 musical Irene. There was also a revival of the song in 1946, where it was a hit for singers such as Perry Como, and the duo of Helen Forrest and Dick Haymes.


From Broadway to Hollywood and to the Top 10 in Pop Music – there’s always a place for classical music!