Guest Posts
Please keep theatre to the stage and films to the cinema
by Zoey March 26th, 2013 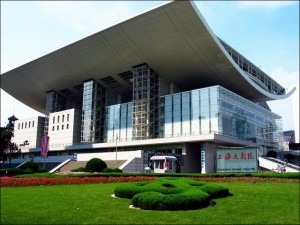 One of the hottest topics in town was the Shanghai Grand Theatre’s HD film screening of the London National Theatre production of Frankenstein. Tickets sold out immediately. Whispers crossed the city about how brilliant it was. However, this article is not about the Frankenstein production, but rather, the theatre’s programming.

It was certainly not the first time the Shanghai Grand Theatre screened an HD film of an opera or theatre production. It has in recent years presented quite a few operas on the HD screen including Madame Butterfly, Aida, and so forth. Many praised the Grand Theatre for keeping up with the times since its first HD screenings. But this kind of programme is becoming too frequent, and I somehow suspect the SGT of forgetting their fundamental purpose of staging live performances.

To be clear, I don’t reject the idea of HD opera. But you don’t see the Royal Opera or The Met or most of the world’s other opera houses abandoning their mandate to produce and present live opera on stage. On the contrary, their HD opera films see wide releases in cinemas. I presume that is the ultimate purpose of HD opera, because the cinema is indeed relatively more popular and affordable for the general public.

Let us remember that the Shanghai Grand Theatre is still a theatre. However, in recent years it has been screening HD films (even if they are operas or theatre productions) and renting its hall out with increasing frequency, while presenting fewer of its own productions. One can’t help but wonder whether the venue is beginning to see itself as a hall for hire. Or perhaps a cinema? SGT’s most recent production was La Bohème in collaboration with the Salzburg Festival. Sadly, there was nothing really worth mentioning about it except the clumsy set-up and singing.

The Grand Theatre experienced real prominence years ago, sitting in the number one spot for more than a decade beginning in 1998. Most of the world-famous theatre productions and orchestras stopped by, but then in those days there weren’t many other proper concert halls and theatres to choose from. When the SGT brought the first western musicals to China, it was considered a brave move, especially since there weren’t any musical theatres in China. For a long time, the Shanghai Grand Theatre was the pioneer and the one to watch in the industry.

But years passed, and many new venues were built – the National Centre, Guangzhou Opera House, Oriental Art Centre – all seeking different ways to create a brand of their own. Take the Oriental Art Centre as an example. Although it is located in the Pudong area, which is relatively remote from the centre, the hall quickly gained a loyal following. It has come a long way from its humble beginnings, when taxi drivers and audiences didn’t even know where it was. Nowadays, the OAC springs to mind whenever music fans want tickets for classical concerts.

Meanwhile, the Shanghai Grand Theatre, located in its prime spot at the very heart of the city, is gradually losing its mark on the map. It still presents concerts, musicals and now films as well, but most of the time it rents out its hall because it can make more money that way. Audiences remain largely unaware of who is presenting the show or concert, caring only that it is being shown at the Shanghai Grand Theatre. As compared with other major venues, the number of productions staged by the SGT itself is appalling.

It has been obvious for quite some time that the SGT is resting on its laurels, and have stopped striving for improvement. In this day and age, with so many competing venues for musicals, concerts, dance, theatre and operas, one wonders about the future direction of SGT’s programming. 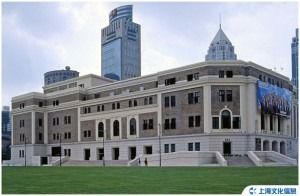 Incidentally, a recent piece of news caught my eye, regarding the Shanghai Grand Theatre’s little sister, the Shanghai Concert Hall. The Concert Hall is reportedly now open as a venue for wedding ceremonies, beginning in 2013. Should one question the connection between a concert hall and weddings, the Hall will proudly offer to invite a small ensemble to play at the ceremony. Some may comment on what a creative way this is for the hall to make extra income. In my opinion however, this is a waste of the venue!

Many of you may be more open-minded on this subject than I. Forgive me for being old fashioned, but I believe that a theatre or concert hall is built for the purpose of live performance, and should be used for such. If people want to watch films, they can go to the cinema. If they want to get married, they can book a banquet hall at a hotel. Great live performances and stage work are an unsurpassed art form. A powerful live performance can shock people and create unforgettable memories because of its unmediated nature, free of cinematic tricks or reshoots or any form of editing. The strength of the performance lies solely on the artists performing in front of us. We sit there and absorb the full emotional impact of a performance, each experiencing something subtly different, yet still unified.