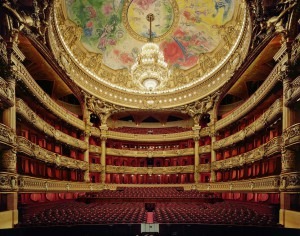 To a novice like me in opera appreciation, the production of La Cenerentola at Palais Garnier on February 27 was a delightful eye opener.

It all began with my first visit to Paris in 13 years last month for a reunion with my goddaughter’s family and a few college friends. I’ve asked my good friend Juliette to organize a night out at the opera house since I’ve never been there during my past five visits to the city of lights. I wasn’t surprised that I was impressed by the architectural splendour of the Palais Garnier, particularly with the renowned Marc Chagall painting around the chandelier on the ceiling. But the quality of the opera La Cenerentola that evening was a pleasant surprise as well.

I’ve always been a huge fan of performing arts – dance, theatre, music and films – but less so of operas. I attribute my skepticism to this genre primarily to the language barrier and my lack of sophistication in the appreciation of classical music. Operas, similar to the symphony, continue to appeal more to an older audience everywhere in the world. In Toronto where I live, for instance, opera performances now begin at 7:30 p.m. to cater to the waning attention span of an aging audience. Now that I’ve matured as a baby boomer myself, I’ve become more receptive to foreign-language movies and operas with English subtitles. Unfortunately, for La Cenerentola, there were only French subtitles but I managed to piece together what was being sung with my limited knowledge of the language.

From a musical point of view, Rossini’s compositions are usually more pleasing than probably Wagner’s or Bartok’s. Having seen Cinderella the ballet danced to Sergei Prokofiev’s music and two different operatic performances of Eugene Onegin composed by Tchaikovsky, I have a bias towards Russian composers. As a major of Russian literature at university, I have a preference for Russian authors, playwrights, dancers and musical composers because the Tsarist regimes seemed to have generated the deepest melancholy and the darkest depths of humanity in epic levels. Nevertheless, I enjoyed Rossini’s light, energetic overture, particularly for a modified version of Cinderella the fairy tale with no slippers. 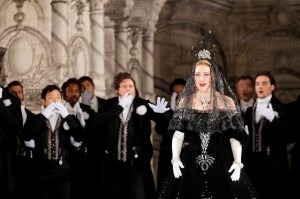 I never knew that the fairy tale was first published in the world as Cendrillon by Frenchman Charles Perrault. In Rossini’s opera variation, there are some role reversals – the wicked stepmother is replaced by a wicked stepfather, Don Magnifico. Instead of a Fairy Godmother, there’s Alidoro, a philosopher and the Prince’s tutor. And, instead of a glass slipper that identifies Cinderella, the heroine Angelina asks the Prince to come back and seek her out with her diamond bracelet.

Two characters really stood out in the opera we saw – mezzo-soprano Serena Malfi as Angelina and baritone Riccardo Novaro as the Prince’s valet Dandini. The latter is an internationally sought-after baritone in operas by Mozart, Rossini and Handel and I thought his portrayal as Dandini was both comical and credible. Physically, he also has a strikingly close resemblance to British actor Sacha Baron Cohen. Malfi, on the other hand, is an up-and-rising 28-year-old Italian mezzo-soprano who did a fabulous singing job as a captivating heroine who went from rags to riches. I’m not sure whether it’s fair for some opera reviewers to compare Malfi with Cecilia Bartoli’s performance in the same role at the Met in New York. We should all give younger artists a chance, shouldn’t we?

Without the glass slipper, it became challenging for the two wicked sisters to be funny. And unfortunately, neither their acting nor their singing was anything to write home about. 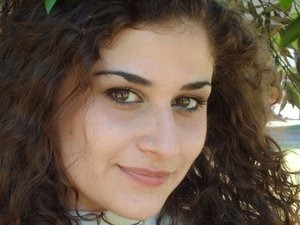 The set and costumes are probably two of the weakest links in the entire production. I do like, once again, the reversed role of costumes in colour – Angelina was dressed in black at the beginning while the ugly sisters were wearing white. But there’s overall not enough of a contrast between the humble home scene and the set of the supposedly grandiose ball. Because we had the good fortune of sitting in the second row (due to Juliette’s connections), I caught the sneaker-looking shoes of the wicked stepfather Don Magnifico. My friends and I confirmed at the end that they were not sneakers, but the mere resemblance made the footwear look out of place with that era.

Like other art forms, successful operas should always be able to engage and connect with audiences emotionally. All in all, I found La Cenerentola at Palais Garnier very interesting, entertaining and educational. Even though this opera might not be considered by experts as among the world’s top 50, I can understand why it’s one of the most popular performances. It certainly sparks my interest in perhaps attending select programs from this season’s Canadian Opera Company productions such as Mozart’s Cosi Fan Tutte directed by renowned Canadian film director Atom Egoyan.

Lina Ko is one of North America’s pre-eminent marketing communications professionals based in Toronto, Canada. She is the author of http://www.boomerwatch.ca, a blog providing North American insights on marketing to baby boomers, and a regular contributor to the Canadian Marketing Association blog: http://www.the-cma.org/about/blog/contributors/lina-ko.

An English Literature major, Lina continues to pursue her passion for Shakespeare and other performing arts. Although a novice in the appreciation of classical music, she enjoys a wide range of other music, including jazz, R&B/soul and rock. As a film buff, Lina shares her reviews with friends on her blog at http://www.romancingtheflicks.blogspot.ca/.