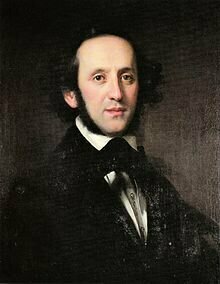 The ‘Song Without Words’, a work for solo piano with a distinctive lyrical or songful melody line, is most usually associated with the composer Felix Mendelssohn, who wrote over 50 Songs Without Words at various points throughout his life. These short pieces are within the grasp of pianists of various abilities and represent some of the finest piano miniatures of the early nineteenth century. Some are very famous, such as Op 19, no. 6, ‘Venetian Boat Song’, an intensely melancholic work in gloomy G minor, or the joyful Op 62, no. 6, ‘Spring Song’. But composers had been incorporating song into piano music long before Mendelssohn. Many of Mozart’s slow movements in his piano sonatas and piano concertos could be operatic arias, such is the beauty and elegance of their melodic lines. Even Beethoven, who for some is not such a wondrous spinner of melody as Mozart or Schubert, has his moments of the most tender lyrical cantabile, the most obvious example being the slow movement of the Pathetique piano sonata (Op 13), or in the second movement of the Op 79, which prefigures Mendelssohn, particularly in its Barcarolle-like introduction.

Felix Mendelssohn
Lieder ohne Worte (Songs without Words) op. 19b MWV SD 5
6. Andante sostenuto in G minor (MWV U 78) “Venetian boat song”
Franz Schubert is of course the songster par excellence, and in addition to writing over 600 lieder, his ability to create the most heartbreakingly lyrical melodies is evident throughout his piano music. Take for instance the Impromptu in G flat major, Op No, no. 3, with its ‘Ave Maria’ melody so beautiful in its simplicity (listen to how Cherkassky contours the melody line), the slow movement of the “little “ A major Piano Sonata, D664, or the middle of the Drei Klavierstucke, D946. 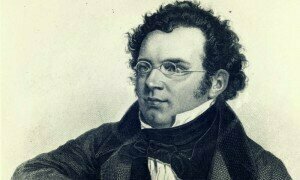 Franz Schubert
Sonata for Piano No. 13 in A major op. 120 D 664
II. Andante
Liszt took Schubert’s lieder and transformed them into magical songs without words for piano. They are amongst his most inspired transcriptions; while his own Petrarch Sonnets from the Italian Années de Pèlerinage, originally conceived as songs for tenor, demonstrate his extreme sensitivity to both the melodic line and the original song texts.

Franz Liszt
Années de pèlerinage. Deuxième année: Italie S 161
6. Sonetto 123 del Petrarca
Many of these songs without words share a common feature, apart from the lyrical melody line. The accompaniment is generally flowing and texturally rich, in the manner of a lieder or art song. A true “song without words”, Rachmaninov’s ‘Vocalise’ was never intended to be sung with words, but instead is sung using any one vowel of the singer’s choosing. The piano transcription is one of his best-loved works. 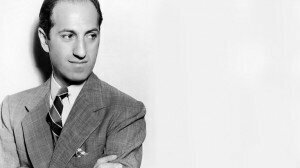 Sergei Rachmaninoff
Romances op. 34: Vocalise (Arr. for Piano solo)
I. No. 14. Vocalise in E Minor
Fast-forward to the twentieth century and George Gershwin, whose skill as a songwriter is undisputed. He transcribed many of his own songs for piano, retaining the key elements of the song (melody, accompaniment) while also creating works which stand up as solo pieces in their own right.