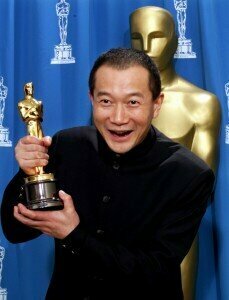 Music is a universal language. It is a powerful tool for communication that withstands language barriers and generation gaps. It transverses time, and it unites and brings hope to people regardless of their race and religion.1 Music is also a channel for people to express and experience their emotions, allowing them to deal with challenging circumstances and to let go through music instead of burying their inner feelings.

In this series, we will look at how certain composers were inspired or affected by certain events in their lives and how they dealt with it through their music.

Homesickness is something most of us have to go through, whether it be because of relocation, going to boarding school or university, or even moving out from home, although we experience it in varying degrees! It was because of this feeling of missing home, coupled with his loyalty to his heritage, that Chinese composer Tan Dun wrote his first work.

Tan, most widely known for his Crouching Tiger Hidden Dragon film score, grew up in a rural Hunan village, and during his teenage years was sent to plant rice with the local farmers because of the Cultural Revolution. After the Revolution ended, Tan was selected to attend the prestigious Central Conservatory of Music in Beijing, and there he was exposed to Western music including contemporary music. However, because of his homesickness and nostalgia and perhaps a desire to keep Chinese musical traditions alive, he wrote his opus one, a set of eight short pieces for solo piano, based on recollections from his youth. The work was originally titled Eight Sketches in Hunan Accent, which suggests a more objective representation of life in Hunan. However, he decided on using Eight Memories in Watercolour as the title, which gives the work a more personal impression.

The composer himself described the work as ‘a diary of longing’, and the word ‘watercolour’ implies both the work’s meditative and gentle quality (as opposed to virtuosic fireworks that are so often associated with piano music) and its visual inspirations – some of the eight sketches are inspired by folk melodies and others by actual scenes from Tan’s childhood. Missing Moon conveys regret and longing; Staccato Beans represents a children’s game and is full of vitality; Herdboy’s Song is tuneful and evokes the sound of the Chinese instrument guzheng; Blue Nun is based on a simple folk melody set in a polyphonic texture. The vast range in register and the open fifths of Red Wilderness conjure up images of an expansive wilderness; the dissonances of Ancient Burial suggest emotional outbursts, and the ostinato crotchets seem to illustrate the plodding of the people at a burial procession. Floating Clouds sounds almost impressionistic, painting a musical picture of the sky. The finale, Sunrain, is a lively melodious dance that results in the work finishing on a high note (literally too)! 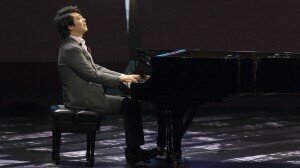 When Tan met the pianist Lang Lang at a New Year’s Eve event, he was treated to a rendition of ‘Floating Clouds’ (No.6 from Eight Memories). Tan was not only touched by his playing, but he also instantly felt the connection between them: ‘I almost thought that I had written this work for him… I heard the voice inside me of his playing; I could smell the earth of my homeland.’ This was most astonishing as the work was written four years before the pianist was even born! The pianist’s interpretation and the composer’s vision were so aligned that together, they made slight revisions to the original version, renaming titles and re-ordering the pieces, and the updated version of Eight Memories was published in 2002.

1 The most notable project is the West-Eastern Divan Orchestra, founded by Daniel Barenboim and Edward Said, which brings together musicians from countries in the Middle East.