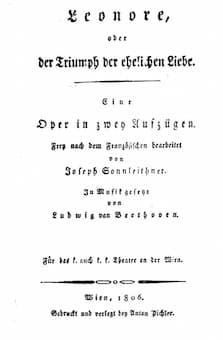 Beethoven’s opera Fidelio had problems from the start. Its premiere, in November 1805, came a week after Napoleon’s troops had invaded Vienna. The composer’s patrons had left the city, and the audience, largely made up of French officers, didn’t like this German opera – it didn’t have the sparkle that they expected from German operas they’d heard by Mozart or Cherubini. The overture for the premiere (Leonore II) was replaced in 1806 by Leonore III, written because of problems the wind players had in certain sections of Leonore II, but Beethoven overwrote it – this is more like a full symphony and the opera that followed seemed slight in comparison with the music written for the overture. Leonore I, so numbered because it was believed to have been written in 1805 before the premiere, is now known for a performance planned in Prague in 1807 and was only found after Beethoven’s death. In 1814, Beethoven wrote a fourth overture and this is what is now known, and used as, the overture to Fidelio. 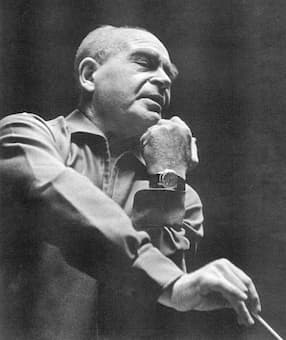 The reason the first three are known as the Leonore Overtures, rather than the Fidelio Overtures that Beethoven intended the opera to be called after the heroine rather than her pseudonym. The theatre changed the name because two other operas with the name Leonora, by Pierre Gaveaux (1798) and Ferdinando Paer (1804), were already in circulation. Beethoven didn’t like the name change and when he published the libretto in 1806 and the vocal score in 1810, they carried the name Leonore.

The full title of the opera in its original form is Leonore, oder Der Triumph der ehelichen Liebe (Leonore, or The Triumph of Married Love), after Jean-Nicolas Bouilly’s French libretto Léonore, ou L’amour conjugal, written for Gaveaux’ 1798 setting. This story of virtue rewarded tells the story of how Leonore, in guise of a prison guard named Fidelio, rescues her husband Florestan from death in a political prison.

Beethoven’s discarded overture III was reused when it became the practice to play Leonore III between the two scenes of the second act. This is largely credited to Mahler, but research has found that this may actually date from the mid–19th century. Placed there, it acts as a reprise of the rescue scene that just occurred.

Richard Wagner called Leonore III “the most perfect drama in itself,” because the work (a kind of symphonic sonata), covers the dark depths of Florestan’s prison to his internal desires for liberation, to a great C major celebration at the end. It’s a perfect summary of the opera but was too strong for the fairly weak scenes that open the opera.

This performance by the Orchestre National de la Radiodiffusion-Télévision Française, under the direction of Paul Kletzki, comes from a radio broadcast on 13 October 1961 from the Théâtre des Champs-Elysees, in Paris. Paul Kletzki (1900-1973) was a violininst in the Łódź Philharmonic, Poland, from age 15. After WWII, he was renowned conductor, leading the Liverpool Philharmonic Orchestra in 1954, the Dallas Symphony Orchestra from 1958 to 1961, and then from 1967 to 1970, he led the Orchestra de la Suisse Romande. 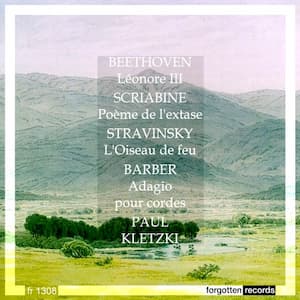