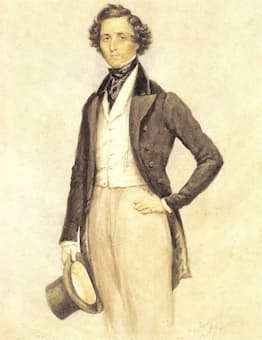 During his first visit to Britain in 1829, Felix Mendelssohn participated in a series of highly successful performances in London. During his London stay, Mendelssohn was in the care of his close lifelong friend Carl Klingemann. Klingemann was eleven years older than Mendelssohn, and he “had a great sense of humor, and great literary and musical interests.” Klingemann had been employed in the diplomatic services of the King of Hanover, and in 1827 he was posted to London. With all concert engagements complete, Mendelssohn and Klingemann decided to embark on a walking tour of Scotland. 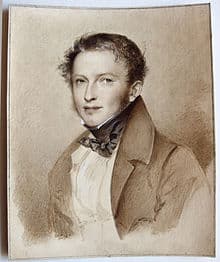 On 30 July, they visited the ruins of Holyrood Chapel at Holyrood Palace in Edinburgh, where, as he related to his family in a letter, he received his initial inspiration for the piece. “In the deep twilight we went today to the palace where Queen Mary lived and loved… a little room is shown there with a winding staircase leading up to the door; up this way they came and found Rizzio in that little room, pulled him out, and three rooms off there is a dark corner, where they murdered him. The chapel below is now roofless. Grass and ivy thrive there and at the broken altar where Mary was crowned Queen of Scotland. Everything is ruined, decayed, and the clear heavens pour in. I think I have found there the beginning of my Scottish Symphony.” 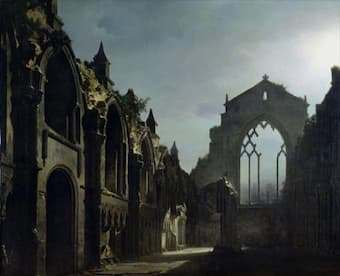 As a general reaction against the domination of reason and order so diligently practiced by the Classical Enlightenment, the Romantic Movement quickly asserted the importance of instinctual needs. Artists eagerly explored the realms of the imagination, feelings, individuality and even irrationality. In music, this also meant the emergence of characteristic national styles, and an intense preoccupation with Nature. The one country that fueled Romantic imagination above all, was Scotland. 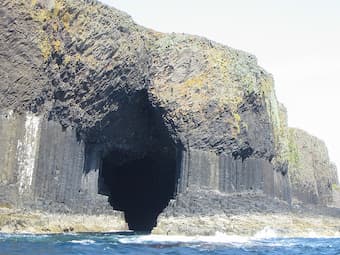 Its rugged and harsh landscape seemed to embody a long and tragic history so aptly described in James Mcpherson’s translations of the Ossian legend or Sir Walter Scott’s detailing of the Jacobite rebellion. During their journey to Scotland, Mendelsohn and Klingemann briefly met with Sir Walter Scott, and they also visited the island of Staffa on the western coast. Formed from hexagonally jointed basalt columns it became known as “Fingal’s Cave” after the hero of an epic poem by the Scottish historian James Macpherson. It was part of his highly influential Ossian cycle of poems supposedly based on old Scottish Gaelic verse, and Mendelssohn was immediately inspired to start the Hebrides. 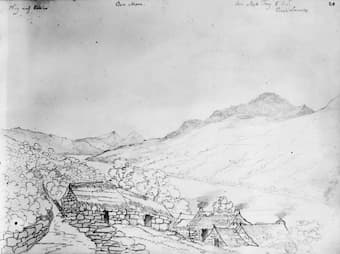 Mendelssohn completed the first version of the Hebrides, and he continued to draft initial sketches of his “Scottish Symphony” during his tour of Italy. However, Mendelssohn subsequently set the work aside and may have returned to the first movement only in the 1830s. Seemingly, he found it difficult to recreate his “Scotch mood,” which only struck him once again in 1841. Finally, the symphony was completed in Berlin on 20 January 1842, the last of his five symphonies but carrying the designation as Symphony No. 3. Dedicated to the young Queen Victoria, it was first performed in the Leipzig Gewandhaus on 3 March 1842, and repeated in London in the same year to an audience that included the Queen. Although Mendelssohn had initially described the work as his “Scottish Symphony,” he “never publicly called attention to the symphony’s Scottish inspiration.” The connection to Scotland became only known after the composer’s death, and audiences ever since have found it difficult to not hear the piece as evoking the wild Romantic landscapes of the north. 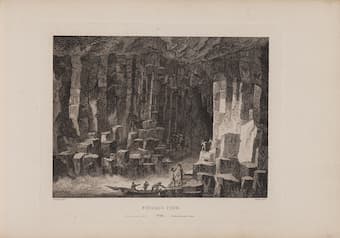 Technically, the symphony is cast in four movements, but practically it is supposed to be played without a break. The slow introduction not only presents the main theme of the opening movement—a theme that Mendelssohn sketched during his Scottish visit—but also serves as the musical connection to the second movement. Its pentatonic construction and broad scope seemingly pays homage to the folk idioms Mendelssohn experienced in Scotland. The Scottish flavour emerges most prominently in the second movement, as the clarinets introduce a tune that relies on a rhythmic device termed “Scotch snap.” Featuring prominently in Scottish country-dances, it reverses the effect normally associated with a regular dotted rhythm. Supported by a soft pizzicato accompaniment, the “Adagio” presents a melancholy and pensive cantabile, while the concluding “Allegro” returns us to the Scottish countryside. The violins initiate a military march, which Mendelssohn described as “fast and warlike.” After a brief transition a short nostalgic melody emerges, which in turn is followed by a solemn processional. Contrapuntal techniques, which fragment and layer the themes, abound in the development. In the majestic coda, Mendelssohn introduces a new theme and the ensuing musical battle fades into a triumphant hymn.