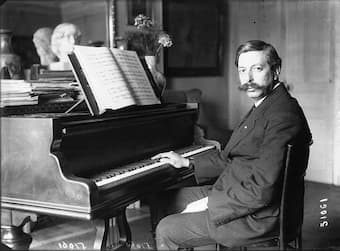 Pantaleón Enrique Joaquín Granados Campiña was born on 27 July 1867 in Lleida, Catalonia, Spain. His mother Enriqueta Elvira Campiña de Herrera hailed from Santander, while his father Calixto José de la Trinidad Granados y Armenteros, a Spanish army captain, was born in Havana, Cuba, still a Spanish colony. After a brief assignment in Lleida, he was stationed as Military Governor in Santa Cruz de Tenerife for three and a half years. 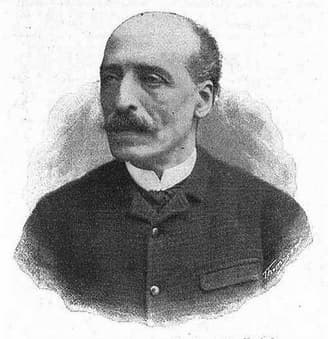 Granados writes in his diary that a “horse riding accident, which injured his father, occasioned another move in 1874 to Barcelona, which remained his permanent home.” By some accounts, young Enrique suffered from frequent illnesses that prevented him from going to school regularly. He received his first music instruction from Captain José Junceda, an army bandmaster in his father’s regiment. Exhibiting tremendous musical talent at an early age, Granados soon received more formal instruction at the city’s “Escolonia de la Merce.” Granados initially studied under Francis Jurnet, and continued a year later as a student of Joan Bautista Pujol. 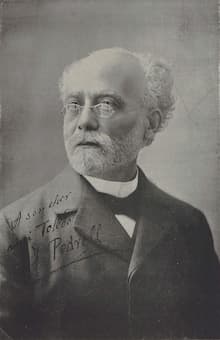 Without doubt, Joan Bautista Pujol was the leading piano teacher and pedagogue in Barcelona at the time. A student of the Paris Conservatoire, Pujol essentially created a Catalan school of pianists. According to critics, he launched into artistic life the four greatest Catalan pianists of their generation, Enrique Granados, Joaquin Malata, Carlos Vidiella, and Ricardo Viñes. Pujol’s teaching placed “emphasis upon clarity, color, and a mastery of the secrets of the pedals… an improvisatory style of playing, with all its attendant felicities of elaboration and embellishments.” After three years of study with Pujol, Granados won an academy-sponsored contest, the “Concurs Pujol” in 1883. He performed Schumann’s Sonata in G minor and sight-read a commissioned work by Martinez-Imbert. The eminent musicologist and teacher Felipe Pedrell was a member of the jury, and Granados commenced studies in harmony and composition with him in the following year. Pedrell is rightly credited with having initiated the 19th-century “Spanish musical renaissance,” primarily through his transcriptions of hundred of regional folk tunes and his desire to expose his students to this rich heritage. Although his studies with Pedrell “laid the foundations for his mature style, Granados remained essentially self-taught as a composer.” 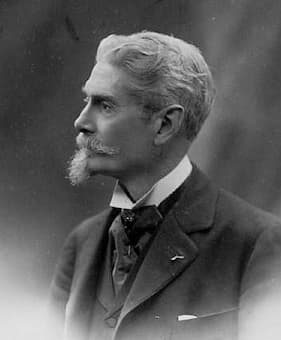 Following his father’s death, Granados was enlisted to play as a café-pianist to help support the family in 1886. He performed for five hours every day, and while the environment and the demanded music were not to his taste, he attracted the attention of Catalan entrepreneur Don Eduardo Condé. For one, Condé engaged Granados to teach his own children, making him the best-paid piano teacher in Barcelona. He also made his first semipublic appearances at this time, including a performance on 9 April 1886, performing works by Gottschalk and Robles. Nevertheless, Granados quickly realized that it was impossible to complete his musical education in Spain, and with financial backing from Condé, he departed for Paris in September 1887. Sadly, a lengthy bout with typhoid fever prevented him from taking the entrance exams at the Paris Conservatoire. By the time he had recovered, he had passed the age limit for admission and decided to study piano privately, as an “auditeur” of the Conservatoire with Charles-Wilfrid Bériot. Bériot, son of violinist Charles August de Bériot and the singer Garcia-Malibran, had joined the Conservatory faculty in 1887 after serving at the Ecole Niedermeyer. 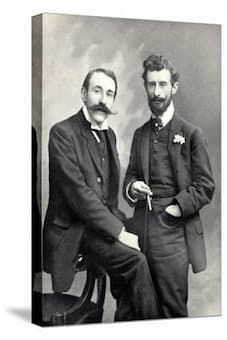 Bériot’s students at that time included a young Maurice Ravel and Ricardo Viñes, with whom Granados shared living quarters at the Hotel de Cologne et d’Espagne. A biographer writes, while studying with Bériot “Granados was routinely exposed to his teacher’s insistence on extreme refinement in tone production; his subsequent interest in pedal technique is also attributed to his teacher’s influence. Another area Bériot emphasized was improvisation, which figured in many of Granados’ performances. Already highly skilled as an improviser, his work with Bériot only reinforced this natural ability.” After two years in Paris, and several unsuccessful attempts to interest publishers in his music, Granados returned to Barcelona on 14 July 1889. Upon his return to Spain, Granados began to establish his reputation as a pianist and gave his first major recital at the Teatre Lírico on 20 April 1890. Granados included his newly composed Danzas españolas in his programs, which quickly found favor with critics. A concert review writes, “as a pianist, he is of the refined and elegant type. As a composer, his Spanish Dances reveal that Granados’ genius, which seems even greater when compared with his more modest, earlier creations, is growing from day to day.” Although Granados was proud of his Catalan identity, he remained cosmopolitan in musical matters. “I consider myself as a Catalan as anyone,” he wrote, “but in my music I want to express what I feel… be it Andalusian or Chinese.”