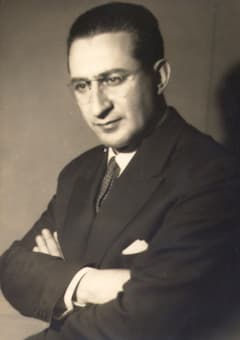 The Brazilian composer Camargo Guarnieri (1907-1993) met the poet and musicologist Mário de Andrade in 1928. The student was already a composer and the poet was working on a theory, encapsulated in his book Ensaio sopra la Música Brasiliera (Essay on Brazilian Music), on how Brazilian music should be part of classical music.

Imagine a suite, for example:
1. Ponteio (a prelude of any speed or metre);
2. Cateretê (quick duple metre);
3. Coco (slow duple metre), (choral polyphony), a substitute for the Sarabande;
4. Moda or Modinha (triple or quadruple metre), a substitute for the Air;
5. Cururu (to use an Amerindian motif), (one could imagine an African dance to use an Afro-Brazilian motif), (of no specific speed);
6. Dobrado (or Samba, or Maxixe), (quick duple metre or imposing finale).
… And since I am considering large-scale pieces, it is easy to avoid sonata form, toccata form, etc. much misinterpreted today…’ (pp. 53-54) 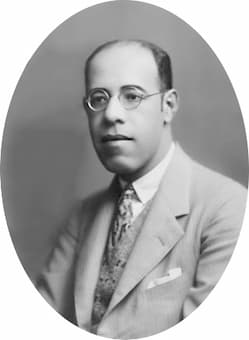 For national composers in the early 20th century, this ‘Brazilianization’ was an important step in the process of creating a distinct voice for Brazilian music.

One of the traditional Brazilian forms is the Choro, which had its beginnings as a Brazilian popular music genre from 19th-century Rio de Janeiro. Although choro (or chorinho) means ‘cry’ or ‘little cry’, it typically had a fast and happy rhythm. Improvisation, subtle modulations, syncopation and counterpoint, matched with virtuosity were its traits. A choro was originally played by a trio of melody instruments and a rhythm section of guitars and percussion. Starting in groups that formed in workers’ bars or in homes, the choro rose in popularity in the 1930s and ‘40s with the advent of radio and live on-air performances of choro bands. After samba replaced choro in popularity in the 1950s and 1960s, choro returned to home and private performances. One piece of French music that shows the influence of choro was Darius Milhaud’s Le Boeuf sur le toit, which quotes nearly 30 different tunes., written after his stay there from 1917-1919. 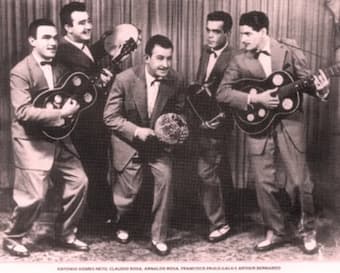 Camargo Guarnieri took Andrade’s ideas and his compositions worked in the nationalist aesthetic. In his 50 years of writing, he was one of the most prolific and creative composers in Brazil. National music expression was a central concern.

He created a set of Choros for solo instrument and orchestra that ‘are not straight replacements for the traditional choro genre’. For Camargo Guarneri, he used the word ‘choro’ as a replacement for the word ‘concerto.’ Starting in 1951 with his Chôro for violin and orchestra and concluding in 1991 with the Chôro for Bassoon and Chamber Orchestra, Camargo Guarnieri took the basic AABBACCA form of the choro and simplified it into an A-B-A structure, where the first A acts like a symphonic exposition: the principal theme and motifs are established. The B section functions as a Development section but one that comes with a contrasting section, followed by a return of the A section. As one writer put it ‘Guarnieri was one of the 20th-century’s great masters of motivic development’ and that is evident in the choro structures.

Across all his choros, the tri-partite division, either of a single-movement work into a tripartite movement or a three-movement work, was important. His opening movements show the greatest amount of motivic development through different musical colours or instrumental. The middle movements tend to be introspective and the final movements celebratory. Here are samples of all of Guarnieri’s choros, presented in chronological order.


There’s no question that this is modern music, but it’s far different from modern music in the European sense. The harmonics, the rhythms and the nationalistic elements all made this something from Brazil.