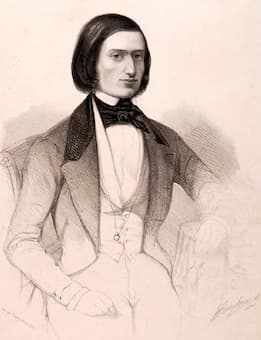 Jacques Offenbach composed some of the catchiest tunes and melodies ever written, and he exerted a powerful influence on subsequent composers for the music theatre. Initially, however, he was primarily known as a traveling cello virtuoso. He was born Jacob Offenbach on 20 June 1819 in the German city of Cologne. He was the second son and the seventh of ten children of Isaac Juda Offenbach né Eberst and his wife Marianne, née Rindskopf. Issac Juda had left his native Offenbach am Main around 1800 for Cologne, where he became known as “Offenbach,” a name he adopted as his surname in 1808. Isaac came from a musical family and earned his living from bookbinding, music teaching and composition. In addition, he supplemented his income as cantor at the synagogue in Cologne, and by playing the violin in coffee shops. Once he settled in Cologne in 1816, he became an established music teacher, “giving lessons in singing, violin, flute, and guitar, and composing both religious and secular music.” Isaac provided first violin lessons to his son at the age of six, “and within two years the boy was composing songs and dances.” At the age of nine Jakob took up the cello and studied first with Joseph Alexander and then with Bernhard Breuer. His first published composition dates from 1833, and it is dedicated to his teacher. 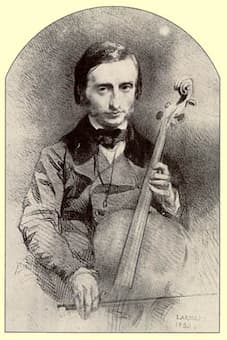 In November 1833, Isaac took his two most musically talented children, Julius and Jacob to Paris in search of further education. Although Isaac carried letters of introduction to the director of the Paris Conservatoire, Luigi Cherubini initially refused to see them. Eventually Cherubini relented and agreed to hear the young Offenbach play. Apparently, he listened to his playing and stopped him, saying, “Enough, young man, you are now a student of this Conservatoire.” His brother Julius was also admitted, and they were soon known as Jules and Jacques around town. Jules flourished at the Conservatoire and graduated to become a successful violin teacher and conductor. Jacques, on the other hand, was not a diligent student and left the Conservatoire after a single year of study with Vaslin. After brief periods with two district orchestras, Jacques secured a permanent appointment in 1835 as a cellist at the Opéra-Comique. Jacques wasn’t particularly thrilled as an orchestral player, but his earnings enabled him to take lessons with the celebrated cellist Louis-Pierre Norblin. 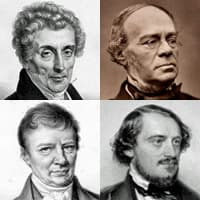 Jacques also took lessons in composition and orchestration from Fromental Halévy, who wrote to Isaac Offenbach in Cologne “that the young man was going to be a great composer.” Jacques made friends with the popular conductor Louis Antoine Jullien, who programed some Offenbach waltzes, including Rebecca, on 15-th century Hebrew themes. He also collaborated with Friedrich von Flotow on a series of works for cello and piano. However, more importantly, Flotow introduced Jacques to the fashionable salons of Paris. He left the orchestra of the Opéra-Comique in 1838 and became a frequent visitor to the salon of the Comtesse de Vaux. He fell in love with Hérminie d’Alcain, the daughter of a Carlist general. However, as he was in no financial position to propose marriage, he decided to make his name as a traveling cello virtuoso. He gave his first public concert with his brother Jules in January 1839, and subsequently went on tours of France and Germany. 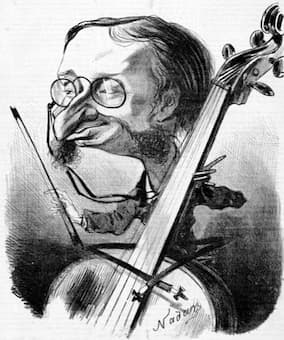 Jacques performed with Anton Rubinstein in Paris in 1841, and with Franz Liszt in Cologne in 1843. In May 1844 he visited London, performing at concerts of the Musical Union with Joachim and Mendelssohn and at an Ascot Week banquet at Windsor Castle. His performances created a stir, with a newspaper reporting, “His execution and taste excited both wonder and pleasure. The genius he exhibited amounting to absolute inspiration.” And The Illustrated London News wrote, “Herr Jacques Offenbach, the astonishing Violoncellist, performed on Thursday evening at Windsor before the Emperor of Russia, the King of Saxony, Queen Victoria, and Prince Albert with great success.” Offenbach returned to Paris with an international reputation and a much improved bank account. He converted to Roman Catholicism and married Hérminie d’Alcain. Retooling his career, Offenbach “quietly shifted the emphasis of his work from being a cellist who also composed to being a composer who played the cello.” He already had a number of published compositions to his name, but his dream of becoming a composer for the stage was initially dashed by the Revolution of 1848, during which he temporarily returned to Cologne.