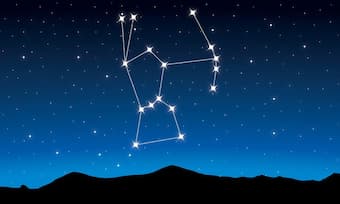 A painting in the Cleveland Museum of Art was the unexpected inspiration for composer Kaija Saariaho’s orchestral work Orion. Orion was the giant hunter in Greek mythology. A son of Poseidon, he was blinded by Oenopion, and then restored his sight by gazing at the sun. He was killed by a giant scorpion, sent by Artemis, the goddess of the hunt and wild animals. Zeus placed him in the heavens as a constellation and the three stars of his belt hang over the world, visible in both the north and south hemispheres.

However, the Greek myth is not part of the first movement. The first movement, Memento mori, which means ‘Remember that you die,’ comes from a concept from classical antiquity and appeared in funerary art and architecture starting in the medieval period.

In 2001, when she was in Cleveland for the performance of her work Du cristal, Saariaho went to the Cleveland Museum of Art, next door to Severance Hall where the rehearsal was taking place. There she saw a painting that was placed in an odd position in the room: not on the wall but in a 2-sided case in the middle of the floor.

On the first side was a beautiful 15th-century bridal couple, painted around 1470. 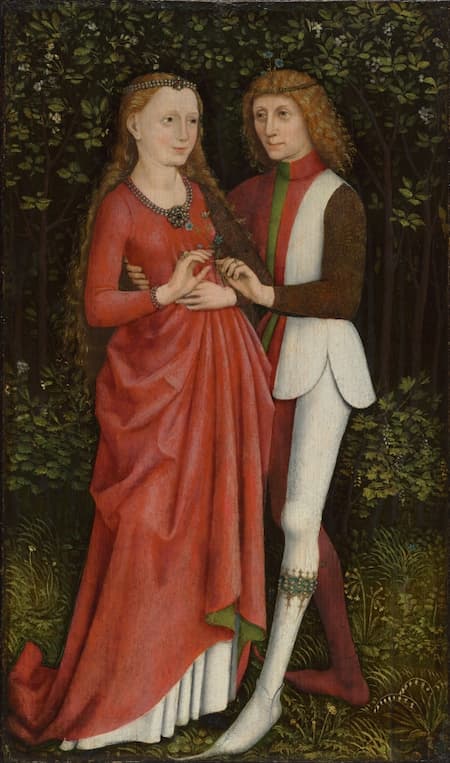 The image is filled with floral symbolism of love and fertility, while the colour of their clothes suggest chastity, love and modesty. He’s giving her a flower, a forget-me-not, a symbol for happy lovers. The couple shows their love through their chaste embrace. Her unbound hair is symbolic of her innocence. In their hair are decorative circlets that would have been placed at the end of the marriage ceremony.

As you walk around the 2-sided case, you’re confronted by the same couple at the end of their lives. This work, Memento Mori, used to be on the back side of the bridal painting, but they were forcibly separated, sawn apart, sometime in the early 20th century. The Memento Mori painting now is in France, in the Musée de l’Œuvre Notre-Dame in Strasbourg.

Now, they are old and wrapped in their burial shrouds. Snakes, worms, a toad, and flies and dragonflies infest the cadavers. Despite their death, their affection is still apparent in her hand on his shoulder. Even in their happiness at their wedding, the couple should be reminded that all is death in the end. 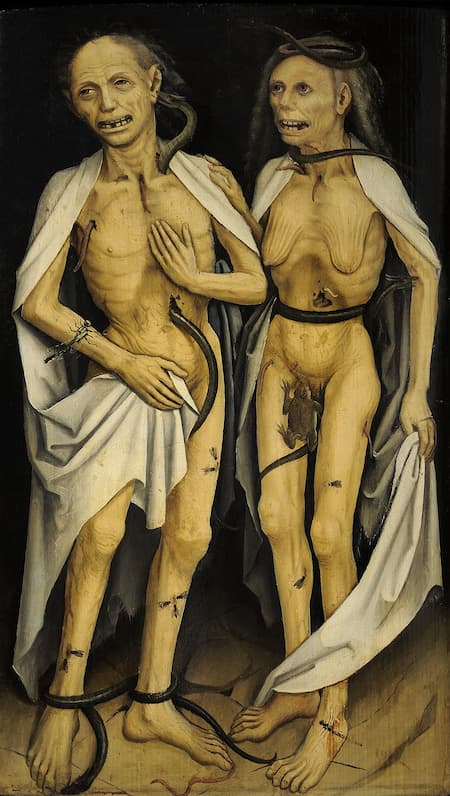 The first movement of Orion is Memento mori, where Saariaho tries to capture that point in time where she went from seeing the beautiful couple to seeing the reminder of what lay ahead. It’s a very shocking contrast. Saariaho isn’t painting us the picture, but using the sharp contrast between the two images as a structural key to this movement. The calm music at the beginning moves, using the same musical material, into something dramatic. The composer is giving us a sudden transition to the more dramatic and dark interpretation of the same material, just as the anonymous artist did in his paintings.


At the end of life is death and you should use your life well, as it is not eternal. That was the message in the 15th century and is till the message today.