Features
On This Day
11 May: Busoni’s Turandot Was Premiered
by Georg Predota May 11th, 2022
Tags: Busoni 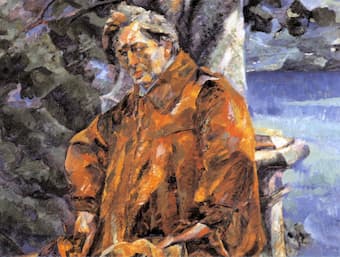 Ferruccio Busoni (1866-1924) famously claimed that Schiller’s translation of Carlo Gozzi’s dramatic fairy-tale Turandot in conjunction with Carl Maria von Weber’s incidental music “ruined a masterpiece of Italian literature.” Gozzi’s play, supposedly based on a Persian story from the collection Les Mille et un jours by François Pétis de la Croix, was deliberately written in the Commedia dell’arte style to publically campaign against the realistic works of Carlo Goldoni. Literary critics suggest that “Gozzi’s play has a light and sarcastic tone, and that the main character, the princess Turandot, acts out of a mood and cruelty. In addition, prince Calàf, is portrayed as a kind of lost soul and philanderer.” With the centennial of Gozzi’s death celebrated in 1906, Busoni set to work on his own incidental music for the play. Busoni writes, “the task absorbed me completely for two and half moths, during which I was unable to concentrate on anything else.” 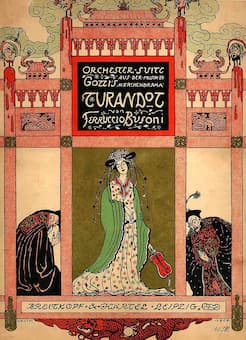 In early autumn 1905, Busoni chronologically worked through the play and composed music for those places where Gozzi had explicitly called for it, or “wherever his theatrical instincts suggested it could enhance the drama.” In all, Busoni sketched thirteen musical numbers for the play and orchestrated them immediately. Striving for authenticity, Busoni found his melodic materials in a publication by the distinguished critic and historian August Ambros. In his History of Music, Ambros illustrated the early developments of non-European music, citing Chinese, Arabic, Byzantine, Indian and Nubian themes. Ambros’ supposed cultural links resonated deeply with Busoni’s own theories of melody, “since the myriad strains that once shall sound have existed since the beginning.” First performed as a concert piece in 1905, the Turandot Suite underwent a number of revisions. In 1911 Max Reinhardt staged a production of the play in a new translation by the young and dynamic writer Karl Vollmöller, and Busoni’s incidental music became an integral part of the performance at the Deutsches Theater in Berlin. It would take Busoni a further six years, however, before he had transformed his Turandot Suite into an opera. 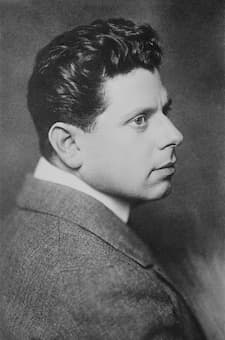 Busoni had been working in Berlin, but with the outbreak of World War I, he moved to Switzerland and settled in Zürich. In late 1915 he was working on his one-act opera Arlecchino, but the municipal theatre was unwilling to stage a production without a companion piece. Busoni wrote to Egon Petri on 9 November 1916, “The important question as to which piece should be coupled with the hour-long Arlecchino so as to fill an evening, my resultant difficulties and the desire to establish such a programme in a durably valid form have led me to the hasty decision to form an opera in two acts out of the material and substance of Turandot. For a few weeks now I have been hard at work on this delightful task, writing the libretto and music for a Turandot opera. I am re-writing the text completely and independently, and bringing it closer in tone to a pantomime or stage play. It is a more arduous task than I had initially assumed, but it is coming easily to me. The masque-figures common to both pieces serve to link them although they otherwise contrast completely with each other.”

Premiere poster of Turandot and Arlecchino

Busoni based his German libretto on Gozzi’s original play and adapted his own Turandot Suite to furnish the music for the short two-act opera with some spoken dialogue. He worked on the opera with blinding speed, and it was premiered, with Arlecchino as a double bill, on 11 May in Zürich with Busoni conducting. The American composer Otto Luening was in the audience and wrote, “The libretto had unique qualities, unrealistic, but with a theatrically effective tone. Their witty comments and brevity reminded me of Commedia dell’Arte and at times of Mozart’s Magic Flute and the Abduction. At the performances dialogue, recitative, and set pieces alternated with lively contrast and projected Busoni’s thought. The orchestration was clear, the vocal lines expressive, and the stage sets alluring. I came under Busoni’s spell. Even though the acting, singing, and dancing were somewhat heavy and the performance lacked virtuosity, I was amazed, after having heard heavy German music for almost five years, to discover an art lucid and transparent, melodious and rhythmically clear, yet not superficial; dramatically effective but brief in time, never turgid, and often profound.” Busoni’s work is imbued by a sense of satire, and the love affair is not at all melodramatic. The score also features brief parodies of a variety of composers, parodies of everybody from Wagner to Rossini. As a critic wrote, “There is much charm and wit in Busoni’s Turandot, and some passages of haunting beauty. The love music, in particular, has genuine power.