Opinion
On ‘Letting Go’ as a Musician
Part 2 – Letting Go of Criticism and Negative Feelings
by Frances Wilson April 25th, 2021 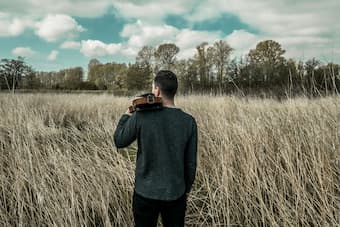 In my first article, I discussed how musicians can judge when it’s time to ‘let go’ of a piece of music and decide it is ready for performance or should be put aside for a while.

In this second part on ‘letting go’ as a musician, I will explore how criticism and negative feelings can hold us back as musicians, and how ‘letting go’ allows us to cultivate a greater sense of acceptance and self-confidence.

Musicians are by nature highly self-critical, a habit which is often inculcated at a fairly early point in one’s musical study, by teachers, peers and one’s self. Self-criticism is important: the ability to self-critique is a significant aspect of productive, intelligent practising. It also encourages musicians to become independent learners who are able to make informed judgements about their progress, technical facility, artistry in performance, and career development.

Alongside this, there is also the need to seek feedback and endorsement from others – teachers, mentors, peers and critics – which also help support one’s musical development.

Music is a world where there is much judgement and criticism (both positive and negative); it is also highly competitive, and such competitiveness can lead to questions such as “am I good enough?” and toxic feelings of inadequacy and failure, which can impede one’s musical progress and even filter into one’s daily life, affecting self-esteem and confidence.

Letting go of such feelings, the need to seek approval or endorsement from others, stepping away from competitiveness, is not always easy, but the ability to recognise, confront and manage them can make us better musicians – more confident, resilient, centred and motivated. 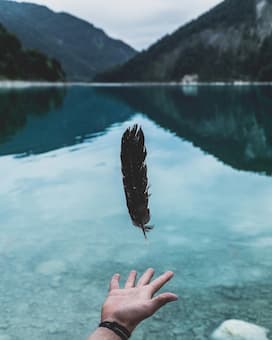 The notion that one must play every single note perfectly is, in my opinion, the most significant contributor to feelings of failure and inadequacy as a musician. Unfortunately, the musician’s training still places an undue emphasis on perfectionism, which can lead to anxiety, stress and injury, and encourages unhealthy working habits. Perfectionism can destroy our love of music and rob us of joy, spontaneity, expression, communication and freedom in our music-making. In short, it can lead us to forget why we make music. Perfectionism filters into the subconscious and creates a pervasive, hard-to-break personality style, with an unhealthily negative outlook.

Instead, it is far more healthy and productive to strive for excellence in everything one does. Excellence is realistic, quantifiable and attainable. Excellence develops confidence and responsiveness and offers continued inspiration. And by striving for excellence we can stay connected with our artistic muse, our desire to make music, and the overall meaning of that music.

Letting go of the fear of failure

Hand-in-hand with perfectionism is the fear of failure – failure to play the music “correctly”, failure to achieve that grade, diploma, competition result. We fear that we will appear foolish, weak or inadequate, or that we will be embarrassed, or an embarrassment to others, if we fail.

Fear of failure may also lead one to take a “what if…?” attitude to one’s music-making. “What if I make a mistake in a performance?”. Will my teacher/peers/colleagues think I’m a lesser musician because of it?

Let go of the fear of failure by recognising that “to err is human”, and that mistakes and failure are a crucial aspect of learning. A mistake can and should lead us to evaluate what we are doing, and all errors and slips should be seen as opportunities for self-analysis and critique, resulting in self-correction, adjustment, improvement and, importantly, progress.

In a performance situation, letting go of the fear of failure allows us to play our music “in the moment”, creating a concert experience that is spontaneous, communicative and enjoyable – for performer and audience.

Fear of failure is also related to ego, and letting go of ego makes us better musicians, and human beings.

Throughout one’s musical study, as a child, teenager and adult, one seeks and receives approval, endorsements and validation. While such feedback can be extremely helpful – and outward signifiers of achievement such as good exam results or positive critique from, for example, a respected teacher or journalist can encourage greater motivation – it can be all too easy to place too much focus on negative feedback or to “read between the lines” of critical commentary.

We may also measure our progress against that of others, but comparing oneself to others is negative and counter-productive. Just because so-and-so can play Gaspard de la Nuit, it does not necessarily make them a ‘better’ musician. Stop trying to compete or compare: accept that we are all different as musicians, and instead focus on your own strengths and talents.

We develop and flourish as musicians if, instead of looking for approval from teachers, colleagues, reviewers or the audience, we self-critique and recognise the value of what we have to say and to measure it against the score. As Schumann said, “As you grow older, converse more with scores than with virtuosi.”


Remember why we make music

Above all, it is important to remember why we make music – because we love it and want to share our passion with others. Music is also a shared cultural gift, and one which gives pleasure to many, many people. This knowledge should infuse our playing and sustain us over the long term.