There are always pieces that classical music lovers have heard so many times to the extent of finding them annoying. Yet I’d like to invite you to re-visit some of them and perhaps you will discover something interesting!

Bach‘s Toccata in D minor is probably one of the most well-known organ pieces ever. While the exact year of composition is unknown, one thing for sure is that it remained in obscurity until it was first published in 1833, thanks to Felix Mendelssohn (who was not only an excellent composer but also an ardent advocate of Bach’s music). The inclusion of Stokowski’s orchestral transcription in Fantasia (produced by Walt Disney in 1940) resulted in worldwide popularity. After that, this theme has been frequently heard in horror movies or during Halloween.

Its opening theme is commonly used for creating a spooky atmosphere, but have you ever listened to the monumental fugue that follows? To me, it’s far more than a mere horror soundtrack. Just listen to how magnificent, majestic and dramatic the writing is! As the intensity culminates, the music eventually gives rise to a truly (and literally, if one hears it live) ground-shaking and spine-chilling ending. 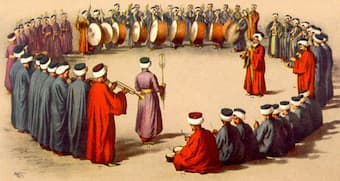 Mozart’s Turkish March, albeit often being performed alone, is the final movement of his Piano Sonata in A major, K.331. The sonata begins with a serene theme and variations, the character of which vary from playful to expressive to lyrical. My favourite would be the 2nd variation (3:40) – an absolute delight to listen to! Everything is so delicate, simple and ethereal, as with Mozart’s music in general.

But why is the third movement called the “Turkish March”? What’s so Turkish about it? It’s believed that Mozart intended to imitate the percussive sound of Turkish Janissary music in this movement. The clip below demonstrates how this movement would sound when played in the Turkish military style, with a particular clangour created by percussion instruments. I guess this is pretty close to what Mozart had in mind! 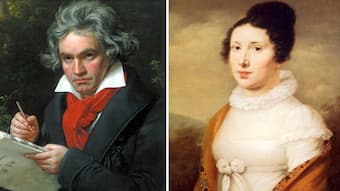 I’m sure everyone has heard this nine-note tune before. Often (mis-)used as a ringtone, it causes a similar level of irritation as the Nokia ringtone. In Taiwan, it’s even used by the garbage trucks! As its name suggests, this piece is dedicated to someone called Elise – but who’s that? The identity of Elise is controversial to this day – most musicologists have suggested Therese Malfatti (Beethoven’s student) be the dedicatee, while some said Elisabeth Röckel or Elise Barensfeld.

To make it more refreshing, I’d like to invite you to listen to this recording by Ronald Brautigam on a fortepiano. It’s important to bear in mind that this is a bagatelle – which is often defined as a “trifle” or “light piece” – so we shouldn’t over-interpret it. Written in a rondo form (A-B-A-C-A), it commences with a rather melancholic theme and then reaches a more joyous section, but quickly shifts back to the A section. And this time, the music brings us to a much darker, agitating and nervous mood. It returns to the original theme and concludes quietly. 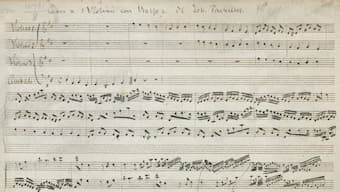 Of course, this article is not meant to be an exhaustive list of clichés in classical music, but it wouldn’t be complete without mentioning the (in)famous Canon in D. A prolific German Baroque composer, Johann Pachelbel (1653-1706) was celebrated for his keyboard and chamber music. This work was virtually forgotten until Jean-François Paillard’s orchestra recorded it in 1968, which paved the way for its fame. Since then, the Canon in D has almost become the equivalent of a wedding song, for better or for worse.

As you listen to the Canon, apart from the melodious character, observe the ostinato played by the basso continuo, how the three violins imitate each other (which constitutes a canon) and how the melody becomes increasingly intricate as it returns. Moreover, this Canon was in fact written together with a light-hearted, lovely yet often neglected Gigue!


No matter how clichéd these pieces are, there is always some reason behind their popularity. If you read up here, I hope you have discovered their beauty and please also share with us other “clichés” you have re-visited.