‘If you want results, you have to be a fan’ 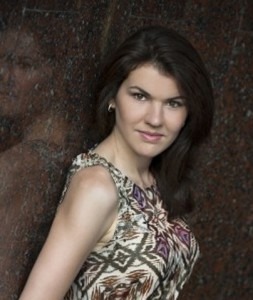 Stepping in at the last minute is something that many musicians experience at some point or other in their lives. For our Artist of the Month, soprano Olga Kulchynska, this was one of the biggest undertakings of her career so far. A couple of months ago, she was given two weeks’ notice to sing the role of Guilietta in Bellini’s I Capuletti e i Montechi at the Zürich Opera House, opposite Joyce diDonato, one of the world’s greatest, in the role of Romeo. She didn’t know the part before being asked, and had only ever sung one aria from the entire opera.

‘It came in a period when I had some performances at the Bolshoi, so I didn’t have a lot of time to learn the role and to work with the teachers and coaches. It was my first experience of learning a vocal role in such a short period of time – it was very nerve-wracking but efficient!’

Olga’s tenure at the Bolshoi Theatre comes after she was accepted onto their Young Artist Programme. Usually, singers are in the Young Artist Programme for between two and three years, but Olga got offered a place in the company after just one. A position in the company is full-time, and so her primary commitment lies in the schedule of the Bolshoi, only finding time for other work should the company’s calendar allow.

‘I thank my lucky stars that I was in the Young Artist Programme. I think that it’s one of the best programmes for young singers in the world. There is everything for professional development: the best teachers, pianists, coaches from different countries, and lessons in acting and movement.’

Olga was exposed to music very early on in her childhood. Growing up in Rivne, north west Ukraine, she was the daughter of two musicians, and in particular cited her grandfather as a source of inspiration whilst growing up.

‘When I was 5 I sang in a choir in my music school, and from 14 I started studying singing seriously with my grandfather (he was a singer, who was working at the Philharmonia in Rivne). 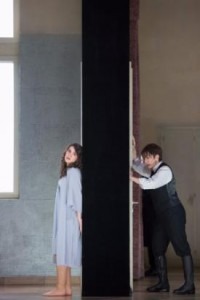 ‘All my life I have enjoyed acting and living on stage. I like to live in different images, in different centuries, countries, situations – and I believe that voices, music and acting on stage really can change the mind, mood and feelings of an audience.’

Having grown up around many different musical influences (one of her earliest musical memories being duetting with a recording of Whitney Houston), her taste has remained unsurprisingly eclectic:

‘I listen to very different kinds of music, from pop, rock and jazz to mantras. But of course I prefer operas and vocal music to all the other genres: from baroque music to romantic operas through chamber music.’

Olga has a similarly daunting role approaching; that of Mimi, the lead soprano in Puccini’s La Bohème in summer 2016. And as a young singer on the cusp of making it big, her focus comes across incredibly clearly.

‘Like other people I like reading, watching films, going to see sport, and so on. But I think that if you want to get some results in your profession, you also have to be a fan (in its best sense), and once you are a fan, you can put your mind and your time entirely on your work.’