In 1915, Aaron Copland (1900-1990) attended a concert featuring the Polish pianist-composer Ignacy Paderewski. Young Copland, as well as countless young hopefuls around the world, was spellbound. He immediately decided to become a composer and enrolled in a number of music correspondence courses. To further his musical education he received private instruction in theory and composition from Rubin Goldmark. The grandson of a Hungarian cantor, and nephew of the prominent Viennese composer Karl Goldmark, Rubin had studied with Antonin Dvořák at the National Conservatory in New York. Essentially, Rubin Goldmark was considered one of New York’s most eminent composition teachers. Copland held Goldmark in high esteem, even though he had “little if any sympathy for the advanced musical idioms of the day.” Copland’s graduation piece—he studied with Goldmark from 1917 to 1921—was a three-movement Piano Sonata in G major. Scored in the grand Romantic style, the composition demonstrates familiarity with and mastery of traditional form and harmony.

Aaron Copland: Piano Sonata in G Major
Eager to seek out the newest European musical styles, Copland travelled to Paris to first study with the famed pianist Isidor Philipp. However, for instruction in composition he soon consulted the legendary Nadia Boulanger. Initially, Copland had reservations about “studying with a woman,” but he soon found her instruction much to his liking. “This intellectual Amazon,” he writes, “is not only familiar with all music from Bach to Stravinsky, but is prepared for anything worse in the way of dissonance.” In deep gratitude to his teacher, Copland later wrote, “I shall count our meeting the most important of my musical life. Whatever I have accomplished is intimately associated in my mind with those early years, and with what you have since been as inspiration and example.” In Paris, Copland became interested in jazz idioms and began to incorporate syncopated rhythms and “blue notes” into his music. Both the “Nocturne,” and the “Ukelele Serenade” received their premiere at a concert organized by Nadia Boulanger. 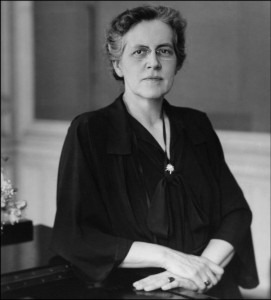 Inspired by the Clarinet Concerto commissioned by Benny Goodman and George Gershwin’s Piano Concerto in F, Copland set to work in composing a “Jazz concerto” of his own. Commissioned by Serge Koussevitzky and the Boston Symphony, Copland’s Piano Concerto dates from 1926 and “explores new avenues in the area of polyrhythms and experiments with shifting beats by introducing a variety of highly unorthodox and frequently changing rhythms that made the music polymetric.” The work was not well received, and a critic wrote, “With no effort at all the listener visualizes a jazz dance hall next door to a poultry yard.” Apparently, Copland himself recognized the limitations of his Piano Concerto. “I felt I had done all I could with the idiom, considering its limited emotional scope. True, it was an easy way to be American in musical terms, but all American music could not possibly be confined to two dominant jazz moods – the blues and the snappy number.”

Aaron Copland: Piano Concerto
During his honeymoon with Victor Kraft in Mexico, Copland left the dense European styles behind and started to use folk tunes and variations sets in a symphonic context. And by 1938, he scored his first major success with a ballet score based on the legendary frontier outlaw “Bill the Kid.” Copland’s score incorporates several cowboy tunes and American folk songs, and was groundbreaking in its use of a distinct American musical dialect. Premiered in 1939, the idiosyncratic use of polyrhythms and spatial harmonies created a sense of nostalgic longing for the bygone days of the Old West. When Copland was asked how a New York Jew managed to capture the Old West so successfully, the composer replied, “It was just a feat of the imagination.”