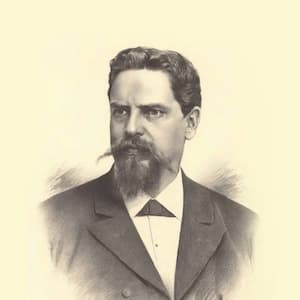 Fibich, ranked with Smetana and Dvořák but far lesser known than his two contemporaries, did not fall into the same urge to express Czech nationalism as did the other two. He had stronger connections to German and the larger European classical style than they did and so failed to engage the Czech community in his music. He was forced to leave the Prague Conservatory and the National Theatre to work at home because his music was thought to be too Wagnerian in concept. Smetana had a similar difficulty with his operas but came off better in the final judgements.

All the paintings are outdoors scenes in gardens or forests, in the town square or a private park.

He opens with an undetermined painting by Jacob Isaacksz van Ruisdael (c. 1629-1682) who was well-known for his landscapes. The leading painter of the Netherlands’ Golden Age in the mid-17th century, Ruisdael eventually evolved to an influential style of landscape painting where the sky, or clouds, took up the largest percentage of the painting. Fibich’s movement is entitled Forest Solitude, and, as there’s no painting by Ruisdael with that title, we could look at any of his forest paintings. 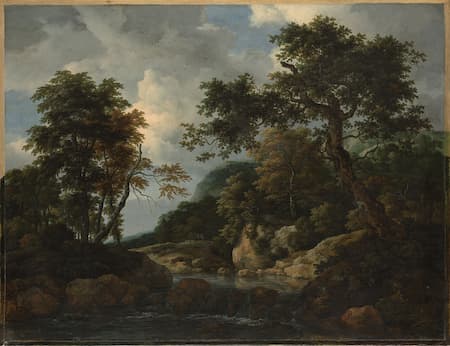 
The second movement throws us into the always active street scenes of Peter Bruegel the Elder. This work, entitled The Fight between Carnival and Lent, is best personified by the two figures sparing in the front center: glutinous and fat Carnival, with a chicken on a spit, fights gaunt Lent, who holds 2 fish on his weapon. This picture, dating from 1559, is filled with games, activities, and Carnival parades of the day, all collapsed onto a single canvas at a single time of day. Fibich, with his bravura opening, seems to throw us right into the middle of the scene. 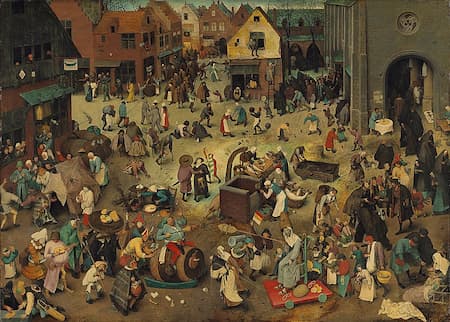 Bruegel the Elder: The Fight Between Carnival and Lent (1559) (Kunsthistorisched Museum)


In the third movement, we go back to the 15th century and the art of Fra Angelico. The enormous painting of the Last Judgement, original in the church of Santa Maria degli Angeli and now in the San Marco Museum in Florence, has hell on the right (Christ’s left) and heaven on the left (His right). The open tombs in the middle of the painting symbolizes the final resurrection and the question of which side will you be taken? On the right side, in the Elysian Fields, angels dance in the round with the blessed as, behind them, two enter the Kingdom of Heaven. Fibich assumes a church-like style, with counterpoint in the Palestrina manner for this movement. 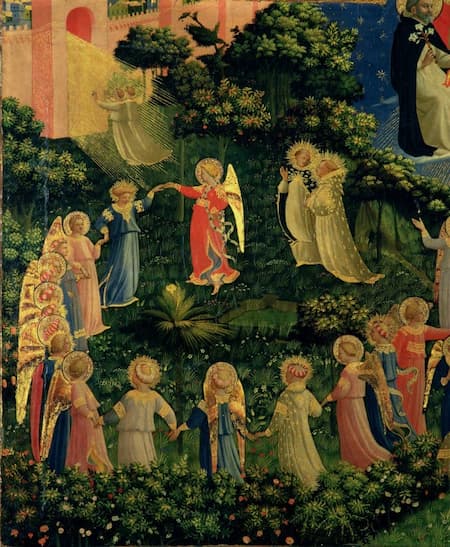 
Antonio da Correggio started a series of paintings in 1530 of the loves of the god Jupiter. Leda and the Swan, Danaë (for whom Jupiter appeared as a golden rain), Ganymede Abducted by the Eagle, and the final, Jupiter and Io, form the entirety of the series. More paintings may have been intended. Here, Jupiter, to evade the watchful eye of his wife Hera, has wrapped himself in a dark cloud to make love to Io, daughter of the first king of Argos. Io yields to her diaphanous lover, offering us a strong contrast between the sensuality of her body and the amorphousness of his. For this movement, Fibich, places us in light world of movement.


Fibich closes his series with a Garden Party from the brush of that champion of the outdoor scene, Antoine Watteau. There’s no painting entitled Garden Party in Watteau’s oeuvre, but we can look at one of his Fête Champêtre pictures to stand in its place. The light is on the elegantly dressed figures in the middle of the grouping with the others singing, chatting or picking flowers. Long thought to be a work by Jean-Baptiste Pater, when it was cleaned in the 1990s, the painting was reattributed to Watteau and dated around 1718 to 1721. Fibich returns to a light, elegant style to set this painting to music. 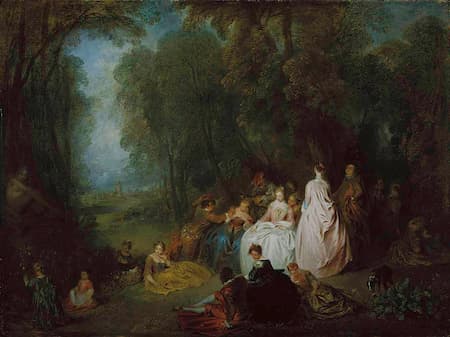 
In creating this private art gallery, Fibich gives us art by some of the most distinguished painters of their time. In his music, he uses a variety of styles to bring out the best of the art of both painting and music.