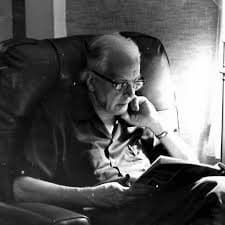 The American composer and pianist John Woods Duke (1899-1984) might not be a household name, but he was certainly one of the most talented composers of art song in the 20th century. Duke was fascinated by the “strange and marvelous chemistry of words and music,” and he believed that in a good song the word “become assimilated with the music.” For Duke, “vocal utterance was the basis of music’s mystery.” In all, he wrote well over 265 songs earning him the well deserved nickname the “American Schubert.” In addition, Duke also wrote a number of chamber operas, choral pieces, and orchestral works. Born in Cumberland, Maryland, Duke started piano lessons at the age of 11 and he entered the Peabody Conservatory in Baltimore five years later. He continued his musical studies in New York City, and made his debut as a concert pianist in 1920. By 1923 he had accepted a professorship at Smith College in Northhampton, Massachusetts, a position he would hold until his retirement 44 years later. 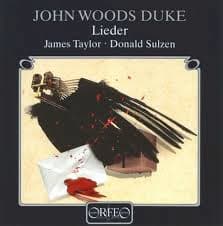 Duke started to publish his first songs in the mid 1920s, and during his sabbatical in 1929/30 he traveled abroad to study with Boulanger and Schnabel. As a pianist, Duke made American composers a special programming interest, and in his choice of song texts he frequently gravitated to American poets as well. Later in life, however, John Duke also found inspiration in Chinese Love Poetry. His song cycle “Three Chinese Love Lyrics” dates from 1964 and uses texts taken from Henry Hart’s translations of Chinese verse. Traversing roughly 1500 year of Chinese literature, “Through your Window” originated from the Chin Dynasty and is ascribed to the poetess Tzu Yeh, believed to have been the originator of the romantic lyric. “Noonday” and the “Shoreless Sea” originate from the 19th-century Ch’ing Dynasty “and parallel the passionate expression of European love poetry in the Romantic Age.”