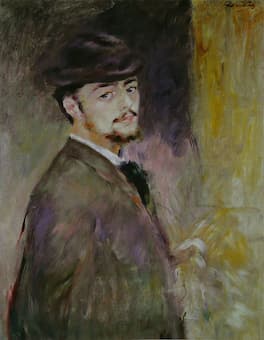 Pierre-August Renoir (1841-1919) led the Impressionist style but also was a singer, a student of Charles Gounod. Family circumstances, however, led him away from Gounod’s church choir and into a porcelain factory apprenticeship at age 13. Mechanization of his work and encouragement by the factory’s owner led Renoir to the École des Beaux Arts in Paris. His work in exhibition at the Salon of 1868 drew favourable comments.

At the first Impressionist Salon in 1874, where he joined Monet, Sisley, Pissarro and other artists, his work again was well received. By the end of the 1870s, Renoir was recognized and became successful, largely as a portrait painter. In the 1880s, he travelled around Europe, seeing Titians in Florence and Raphaels in Rome; he also visited Richard Wagner in 1882 at his home in Palermo, Sicily.

In 1881, he painted Le déjeuner des canotiers (Luncheon of the Boating Party), an ensemble work that combined figure, still-life, and landscape in one painting. It was exhibited in the seventh Impressionist Exhibition in 1882, and critics called it the best painting in the show. 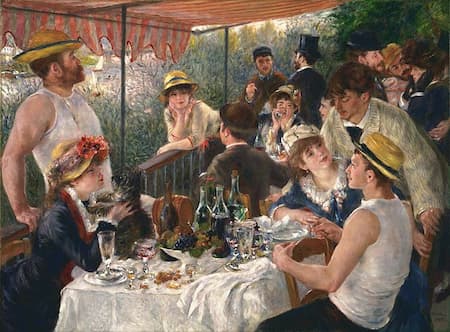 Renoir: Luncheon of the Boating Party (1881) (Washington: The Phillips Collection)

The painting is a study of light: the white in the foreground with the tablecloth and napkins and the two men’s white shirts, turns to a yellow in the man on the left’s jacket that carries diagonally across to the woman’s blouse on the right, and gets darker at the back with the top hats and the dress coats, all surrounded by shades of green. The bright white at the front of the painting makes us feel the summer’s day.

American composer Haskell Small took up the idea of the painting and created Renoir’s Feast in 2006. It was commissioned by the Phillips Collection in Washington, DC, where the painting is exhibited.

Small uses the river as the bridge between his portrayal of the characters of the painting. The people in the painting were identified in 1912 by art critic Julius Meier-Graefe.


Alphonse Fournaise, Jr., on the left, welcomes the party. He was the boatman for this party and is dressed in his working clothes. 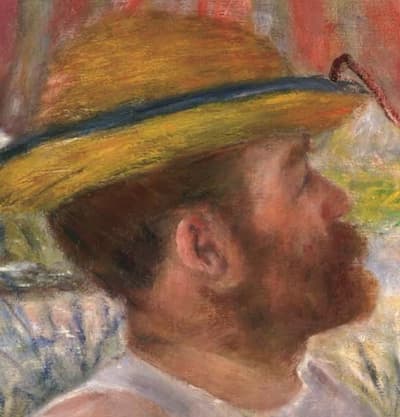 
The top-hatted figure at the back of the balcony is Russian art collector Charles Ephrussi. Because of his interest in Renaissance art, Small has given him a Sicilienne and a Pavane for his portrait. 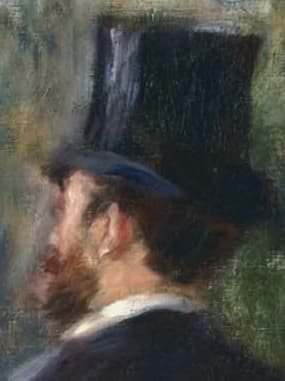 
Charles Ephrussi is speaking with the poet and critic Jules Laforgue, who’s presented in much rougher garb. Laforgue served as Ephrussi’s personal secretary. His music is correspondingly rougher. 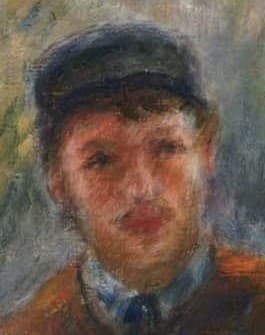 
Next is a grouping at the right side of the painting of the actress Jeanne Samary, painter Paul Lhôte and bureaucrat Eugène-Pierre Lestringuez, the latter two close friends of Renoir’s.


At the centre of the painting, shown only as a sliver of a profile is an unidentified male figure that Mr. Small takes to be Renoir himself. In his music, he attempts to show Renoir in the act of painting – using scraps of The River theme. Like his position in the picture, this movement is the center of Small’s work.


At the centre, drinking from a glass is actress Ellen Andrée. The composer has taken advantage of her position to give her a lightly drunken blues. 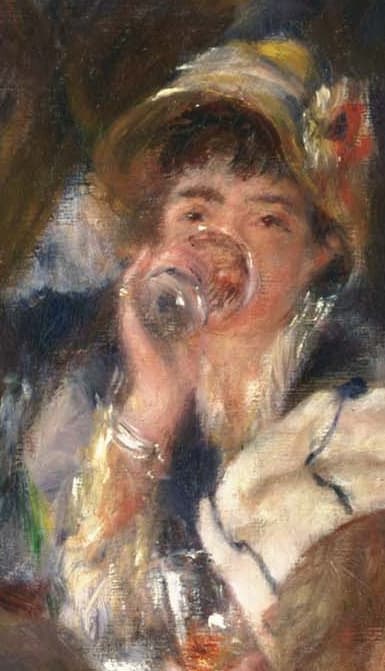 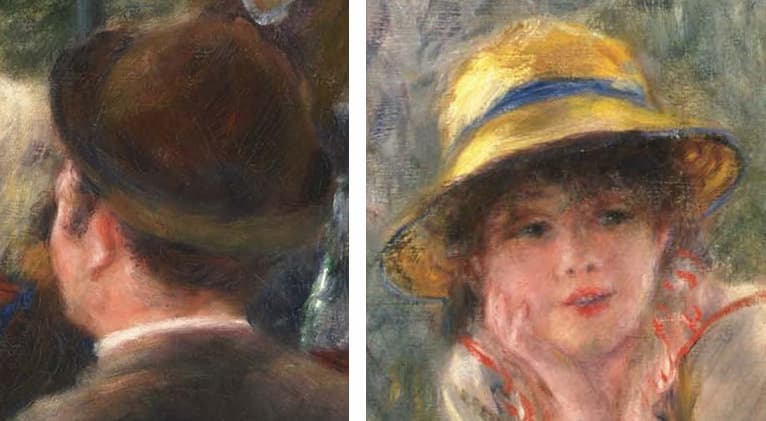 
The next ensemble is Italian journalist Antonio Maggiolo, actress Angèle Legault, and, clad in a white singlet, artist and art patron Gustave Gaillebotte, who was also an avid boatman. 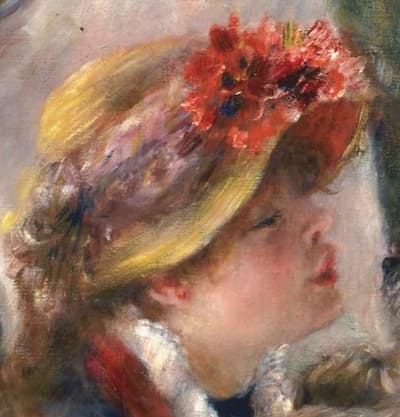 Aline Charigot and her dog


The penultimate movement focuses on Aline’s dog and its antics as it runs around and interacts with all the members of the boating party.


He closes his composition with the River, which flows on no matter what’s happening on the shore. The party breaks up and goes back to town on the train, which can be dimly seen at the back of the painting. All is quiet again.


The river, as a theme, is used much like the Promenade in Mussorgsky’s Pictures at an Exhibition, i.e., to connect the different members of the party. The boat is full of brilliant people, all speaking about their subjects to each other, and the river flows on.