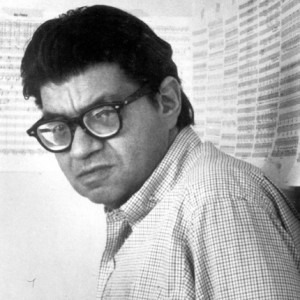 Morton Feldman had strong opinions on everything, and he certainly wasn’t shy of voicing them. “Because I’m Jewish,” he wrote, “I do not identify with Western civilization music. Polyphony sucks! Our moral in music is nineteenth-century German music, but I want to be the first great composer that is Jewish.” Feldman wrote music without clear formal structures that unfold over extended periods of time. Chords appear in haphazard sequences and rarely rise above a whisper. His harmonies vacillate between consonance and dissonance, and his rhythms are irregular and overlapping, giving the impression that the music is floating above the beat. As one imminent critic wrote, “in its ritual stillness, his body of work abandons the syntax of Western music, and performers must set aside their training to do it justice.” Feldman was a pioneer of indeterminate music, associated with the New York School of composers that also included John Cage and Christian Wolff. Feldman wrote, “Art is a crucial, dangerous operation we perform on ourselves. Unless we take a chance, we die in art.” 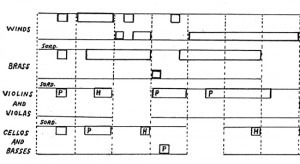 Feldman, son of immigrant Russian parents, grew up in cosmopolitan New York. He composed his first piece at age 9, and took piano lessons with Vera Maurina Press, who had been a student of Ferruccio Busoni, Emil von Sauer and Ignaz Friedman. His first composition teacher was Wallingford Riegger, one of the earliest American followers of Arnold Schoenberg. He continued his musical studies with Stefan Wolpe, who had arrived in New York in 1939. Wolpe later described Feldman’s “peculiarity in not developing his ideas, but going from one thing to another; the discussion of this behavior was prolonged for over five years without any kind of progress.” In the late 1940’s, Feldman is introduced to the ultra-modernist composer Edgard Varèse. Varèse does not accept Feldman as a student, but invites him for weekly visits to show him his work. The crux of Feldman’s development came in 1950, when he hears a performance of Anton Webern’s Symphony Op. 21, played by the New York Philharmonic under Dimitri Mitropoulos. By sheer coincidence, John Cage is also in the audience and the two men strike up a conversation. Only a few days later, Feldman shows Cage a string quartet and becomes part of Cage’s remarkable network of artistic acquaintances. 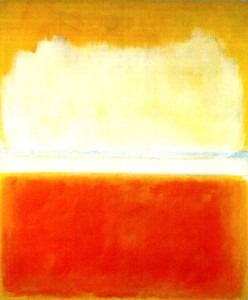 By day, Feldman works at his father’s coat company and part time at his uncle’s dry-cleaning business. By night, he rubbed elbows with painters, poets and artists without portfolio. What was great about the fifties,” Feldman wrote, “is that for a brief moment, maybe six weeks, nobody understood art.” In the winter of 1950, Feldman writes his first composition in graphic notation. The score consists of a grid of boxes, and the player is invited to choose notes within the boxes, which represent high, middle, and low range. This conceptual approach to notation quickly became part of the international avant-garde, and composers around the world start filling their scores with patterns, pictures, and verbal instructions. Taking his inspiration from the painters Robert Rauschenberg and Mark Rothko, Feldman began to produce music “more direct, more immediate, more physical than anything that had existed before.” Discovering the expressive power of the space around the notes, Feldman invited listeners to hear music as a gallery visitor sees paintings; absorbing the basic facts of sound from various angles. Wilfried Mellers summed up Feldman’s style, “Music seems to have vanished almost to the point of extinction; yet the little that is left is of exquisite musicality and it certainly presents the American obsession with emptiness completely absolved from fear.”

Working in the garment business, Feldman kept his independence from the music profession and from music as a business. He insisted that composition could not be taught, and mocked university composers. Towards the end of his life—he died from pancreatic cancer in 1987—his compositions sought out simpler chords and employed bewitching fragments of melody. Feldman’s compositions refuse to shout about their meaning or importance, and they certainly resist the attempts to predict what might happen next. He writes, “In my music I am involved with the decay of each sound, the attack of a sound is not its character. Decay, however, this departing landscape, this expresses where the sound exists in our hearing—leaving us rather than coming towards us.”