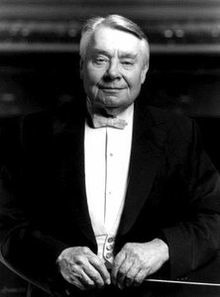 Our Musical Giants of the 20th Century series have so far looked at some of history’s finest musicians – string players like Heifetz and Hubermann, pianists including Richter and Rubinstein and conductors from Kleiber to Karajan. We now turn our gaze to giants of the century’s choral world. In a sense the 20th century was the period in which the choir was ‘born’ – while singing has been an important to humanity for centuries, for most of that time choirs remained firmly within the walls of churches and cathedrals. Only in the last hundred years, with the emergence of radio, television and the all-important recording studio, have choirs made their mark on the world stage. We may also question what a choir actually is – do small consorts of a handful of singers count? Groups that sing popular music? The amateur choruses that perform behind many of the world’s orchestras? I’ve aimed to trace a path that includes all these and looks forward to the great choirs of the 21st century.

Many choirs are defined by their chorusmaster, and this is certainly the case with the Robert Shaw Chorale. Shaw is still cited as the man who redefined the role of symphonic chorus master for the modern age. His own group, founded in 1948, was probably the best-known professional choir in the United States and perhaps the world during its existence. While Shaw went on to great things with the Atlanta and Cleveland symphonic choruses, his Chorale set the standard for what a well-drilled and finely tuned choral ensemble could do. 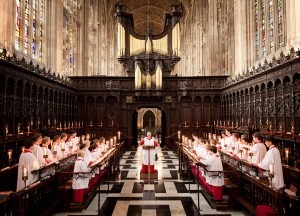 While Shaw’s choir only had a lifespan of about 20 years, the Choir of King’s College, Cambridge has been going for almost 600. Since its founding in 1441, it has sung the daily round of services in the college chapel almost without interruption. In doing so, it has become the standard-bearer for the great British choral tradition, in which all-male choirs (with boy trebles singing the top line) sing daily services in dozens of churches across the world. King’s is a good example of the power of media, too – it began to reach a global audience with the television and radio broadcasts of its annual carol service, which is heard by millions every year. 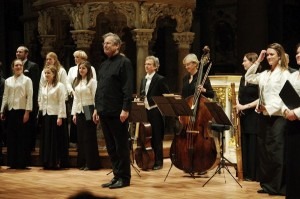 If King’s leapt to fame through broadcast media, The Monteverdi Choir and its founder Sir John Eliot Gardiner took advantage of the explosion of the recording industry to become the world’s most renowned choir. Its recordings of the great oratorios of Bach in particular came to define the movement known as Historically Informed Performance, playing and singing music of the Baroque and Renaissance periods as they would have been performed in their composer’s lifetime. The sound of ‘The Monte’s’ is electric – full-blooded, vivid and instantly recognisable. 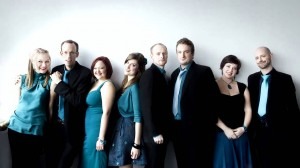 Another groundbreaking group known for its performances of Bach (but in quite a different way!) is The Swingle Singers. Still going today, the group was founded by Ward Swingle in 1962. Their first album Jazz Sebastian Bach established their unique sound across the world, and since then the group has made dozens of recordings, winning five Grammys, and you’ve almost certainly heard them on TV or at the movies. Their dexterity and flexibility allows them to give thrilling performances of whole range of classical masterpieces. At the other extreme, they also gave the first performance of Luciano Berio’s Sinfonia, written for their remarkable talents. 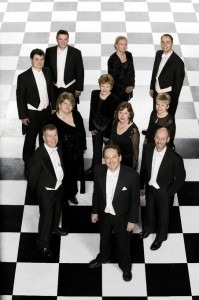 All of our groups so far have sung a wide range of music. Our next choir, The Tallis Scholars, have since their founding in 1973 by Peter Philips, focused almost exclusively on bringing the music of the Medieval and Renaissance into the ears of people all over the world. Their many recordings have for many people defined the sound of that music – clear, calmly expressive, and without the vibrato that many choirs use. The choir’s sound, based on research and investigation into how that music was performed in its day, has provided inspiration for countless other groups. But while it has many imitators, it has no real equal. 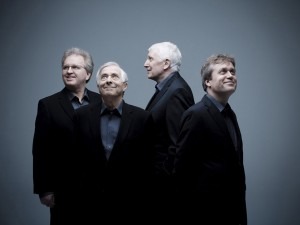 Our final group, The Hilliard Ensemble, was formed around the same time as The Tallis Scholars and have just retired from the concert stage after 40 years on the road. This group of just four male singers reaches back even further for their repertoire, to music by composers like Perotin, Leonin, and Dufay. They also worked closely with Estonian composer Arvo Pärt and helped to bring his music to a worldwide audience. Many people will have heard the group through ‘Officium’, their collaboration with saxophonist Jan Garbarek, which combines the beauty of Medieval choral music with the expression and flexibility of modern jazz improvisation – and sold a mere 1.5 million records.

So there you have it – a whistle-stop tour through some of the groups that have defined choral music, almost all whom have created a lineage of choral excellence. The achievements of King’s College have inspired other groups in Oxford and Cambridge, for example, the Swingles other groups like Chanticleer and The Tallis Scholars groups like The Sixteen and the Gabrieli Consort. And of course there’s no space for any symphony choruses, opera choruses, and the many amazing youth and amateur choirs that cover the globe.

As ever, do tell us who we’ve missed out. Singing is growing in popularity the world over, and I’m sure in a hundred years the great choirs of the 21st century will make for interesting reading!