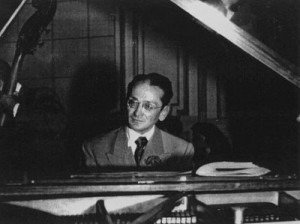 Lasting around forty years with the glorious peak in the 1940s, a Golden Age of tango music was born with the rise of the “big four” composers: Juan D’Arienzo, Aníbal Troilo, Carlo di Sarli, and Osvaldo Pugliese. While Juan D’ Arienzo was regarded as “The King of the Beat”, Osvaldo Pugliese was hailed as San Pugliese – Saint Pugliese, for he wrote the most dramatic and passionate melody of all time.

Born in 1905 to a shoemaker’s family, Osvaldo Pugliese started professionally at the Café de La Chancha at the age of 15 as a pianist, and 23 years later, he made his début recording with an orchestra he had founded in 1939. Pugliese formed a group with violinist Alfredo Gobbi, in which one of the bandoneon players was the very young Aníbal Troilo, who eventually became a “big four” composer. 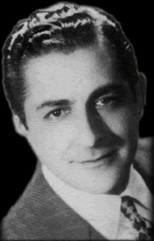 Dramatic, Passionate, Lyrical, these are words associated with Pugliese’s music. And indeed, his romantic melody touches the hearts of many dancers, but usually, females. Male beginners with little music background could find Pugliese’s music more difficult to dance than that of D’Arienzo because the beat is not so apparent and often disturbed by an extensive use of portamento. On the other hand, female dancers would find the lavish violin melody or those long held notes exhilarating as they provide space for the female to express their feelings through the decorative footwork. Let us now take a look at how two of the world best tango dancers – Fabian Peralta and Lorena Ermocida interpreted Pugliese’s Recuerdo:

Pugliese’s music is even more passionate if it includes singing. The partnership between singer Roberto Chanel and Osvaldo Pugliese was legendary. Many dancers find Chanel’s nasal tone and refined diction attractive, but for me, I prefer Jorge Maciel’s silk-like voice. If Chanel’s singing resembles Hennessy’s Paradis Imperial, Maciel’s voice is just like Hennessy’s Paradis – elegant and effortless. In the next clip, you will hear how Maciel expressed his bewilderment by a mysterious woman in mask at a carnival. This famous tango song is called, Cascabelito, meaning little bell. 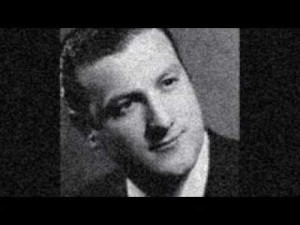 Pugliese’s life was as dramatic as his music. In the 1950s, he spent several years in jail for his communist beliefs. While he was in jail, he kept on writing arrangements for his tango band, which the core members were unchanged. Pugliese was so loved by his musicians that a red carnation would be placed on the piano during his absence. Tension between Pugliese and President Juan Perón’s government was eventually resolved and the great tango musician was awarded “The Order of May” – Argentina’s highest civilian award.