What is music? And what is noise? These questions have always been lingering in my mind – without any absolute solution. As one of our contributors, Rob, eloquently discussed, there is no consensual agreement on a singular definition of music. To quote Jean-Jacques Nattiez, an esteemed musical semiologist, “the border between music and noise is always culturally defined … in short, there is rarely a consensus.” We are going to explore some common definitions of music, although it is implausible to give a fully precise one.

Quite some people hold the opinion that music refers to pleasant, delightful sound, but I beg to differ, for some music is indubitably not written to please the audience or to evoke any specific feeling from the listeners. This can be exemplified by most of the contemporary music. Listen to Gruppen, a composition for three orchestras, composed by Karlheinz Stockhausen.

Another example would be Edgard Varèse’s Ionisation. Varèse once quoted Arthur Eddington’s Stars and Atoms to explain his conception of this work, “At the high temperature inside a star the battering of the particles by one another … cause electrons to be broken off and set free”, “This breaking-away of electrons from atoms is called ionization.”

Needless to say, these two works may not be pleasing to the majority of ears (to say the least), but can we abruptly conclude that they are “noise” rather than “music”? Pierre Boulez, one of the titans of avant-garde music, once said “the aim of music is not to express feelings but to express music.” Emotion is neither a necessary nor sufficient condition of music, despite their pertinence to each other. 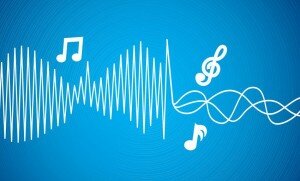 Before providing my personal definition of music, I’d like to introduce Varèse’s often-cited one – which defines music as “organised sound”. This definition, to me, lacks specificity, so I’d like to propose the following definition – “sound created with intent”. A point to note is that whether the sound produced is aesthetical or meaningful is completely another subject matter. By this definition, noise would only refer to sound created unintentionally, such as drilling sounds (which is merely a by-product).

Some may raise the example of John Cage’s 4’33”, which basically comprises silence and background noises (most likely from the audience). The background sound per se is inarguably noise, but the intent of extracting or capturing the sound makes this composition music by nature.

Up to this point, I guess some readers would want to ask, “Why bother defining the word music? Couldn’t we just sit down and enjoy it?” As mentioned, it is never possible to establish a flawless and completely unambiguous definition of music, especially given how abstract it is. However, it is still meaningful for us to attempt so. In the process of defining, we would ponder over the nature, the qualities and ultimately the true meaning of music.

Like fashion, definitions evolve, and its temporality indeed has cultural, societal and even historical implications. Through studying the evolution of the definition, we gain deeper insights into how people’s perception of music changes over time – from “an art form governed by the Muses” to “organised sound”, where the boundary between music and noise is and will be increasingly blurred.