In Tune Arts
Music – Silence – and the Art of Listening
by Ursula Rehn Wolfman March 13th, 2016 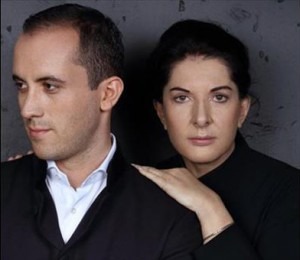 In December 2015 I attended the last performance of J.S. Bach’s Goldberg Variations played by the Russian/German pianist Igor Levit in the Drill Hall of New York’s City’s Park Avenue Armory — the setting arranged by the performance artist Marina Abramović. Levit had given this performance several times in the weeks prior to this final performance, and many of New York’s best music critics had commented on the earlier performances. Before speaking about my own experience, I will give a brief account of the so-called Abramović ‘Method for Listening to Music’ as staged here for the concerts. 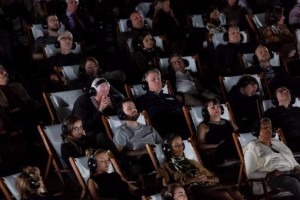 Upon arriving at the Armory, every audience member had to place their various electronic devices, jackets and bags into lockers, take a seat in the Drill Hall in specially designed low-slung chairs which provided a uniform listening position for each participant, put on noise-cancelling headphones at the sound of a gong and meditate in silence for about half an hour — for the purpose expressed by Abramović of “plunging audience members into a sonically neutral and calming state”— while the automated platform with Levit and the piano slowly glided into the middle of the space. Urs Schönebaum, the internationally renowned lighting designer, had created the extraordinarily beautiful lighting for the performances: four rectangular illuminated screens on each of the hall’s four walls slowly dimmed, as did a thin line of LED-lighting around the hall, with just a line of light affixed underneath the keyboard lid illuminating the keys and the pianist –thus all of the attention was on Levit and the music. Another gong signaled the removal of the headphones and the concert began. In addition, during the performance the piano slowly rotated 360-degrees giving the audience an ever-changing perspective. A booklet with illustrations and explanations by the pianist and artist were handed out at the conclusion of the concert as the audience was leaving the hall. No dropping of programs, no reading the program during the performance — as constantly seen and heard at other concerts — was possible. 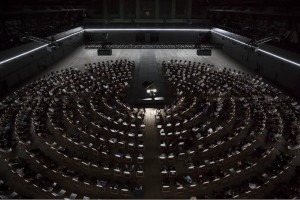 In the booklet, Levit and Abramović explain:

“Over the course of many years I was able to live with and experience the ‘Goldberg Variations’. To play this work, to love it and to listen to it is an experience second to none. It is a deeply human and therefore incredibly important work. Every aspect of human nature can be relived. At the end words cannot describe it. We shouldn’t discuss this work. We should and indeed can experience it. What a pleasure!” – Igor Levit

“The modern world we live in it one of constant distraction, where taking the time to connect to ourselves and having the patience to do so is becoming more and more difficult. It is precisely for this reason that I have designed a method for contemporary audiences to experience classical music, which I believe to be the most immaterial form of art” – Marina Abramović

As mentioned above, many critics commented on the concert, the setting and the performance. All of them gave rave reviews as to Levit’s brilliant performance, “leaving a profound impression, playing with real intensity in the faster portions of the music, with deep, complex feelings in the slower variations” (George Grella); “the best I have ever heard” (Jacob Slattery), “what remained pungent – also lush, vibrant and sensitive… was Mr. Levit’s playing…” (Zachary Woolfe) and Alex Ross of the New Yorker (January 11, 2016 issue) considering Levit as one of the ‘finest young pianists before the public, one in whom impeccable technique is allied with inborn musicality …, (who shows) “an extraordinary ability to coax a singing line from the piano”, while introducing “myriad subtleties into the purr of counterpoint, often inserting elegant little ornaments on the repeats”… with the effect “of strong emotion held in check by magisterial intellect”. 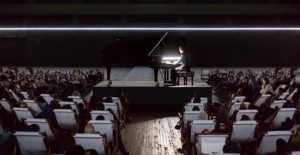 In the program notes, Abramović states that “classical music concerts have always been the same for centuries”, which is not really correct. The classical music audience, the relationship between audience and performer, the etiquette during the concerts and the length of the performances — all have drastically changed throughout the centuries. Often quite raucous and noisy during Beethoven’s time, concerts were a social affair where people came to be seen and where they did applaud between movements (although this still does occur in Washington, D.C. on occasion during concerts). Concert etiquette has changed from the 20th century onward and certainly in our time — now, we are bothered – rightfully so – by constantly lit cell phones, program rustling and excessive coughing between movements – which also seems to have occurred during some of the earlier Armory “Goldberg” concerts, once the headphones came off as there was extensive applause for Levit before he started playing. However during the performance I attended, once the headphones came off, there was no sound, no coughing, no applauding – just absolute silence – a deep understanding of just listening with no distraction whatsoever and a concentration on only Bach’s divine music and the spellbinding performance by Levit – a performance I will certainly never forget.

I conveyed my enthusiasm and admiration to Levit and Abramovic after the performance – if only we could borrow her method here for the concerts in Washington, D.C!