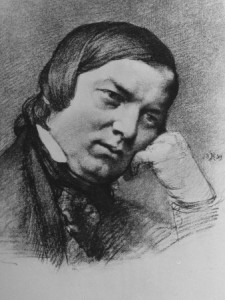 Cheryl had lost most of her hearing abilities by her late 60s. Her hearing had deteriorated so much that she could barely hear people on the phone, and her partners playing bridge together would have to repeat their bids extra loudly just for her to hear them.

One night while reading, she was suddenly bombarded with the noise of tolling bells, rumbling trolley cars, clanging metal and crashing cymbals. However, a short glance into the peaceful scene outside her window made her realise that these noises were all in her head. These noises were later replaced by the song “Michael Row Your Boat Ashore”, followed by hymns and patriotic songs.

In fear that she was losing her sanity, she visited neurologist Oliver Sacks, who explained “that because her hearing was so compromised… [and because] the cells in her brain dedicated to hearing were under stimulated..it began making stuff up.”

The condition can be frustrating and stressful to those who do not have an understanding of the condition, especially for those who are not even aware of its existence. “Music hallucination is a serious problem. It doesn’t let people sleep and think,” says British psychiatrist Victor Aziz,, who with his colleague Nick Warner highlighted the psychopathological problems related to music in one’s mind.

What do patients with MH hear? The musical hallucinations may take the form of childhood songs and may be connected with strong childhood emotions. The imagined sounds can also be non-musical, such as the sounds of sirens, whistles or bells. Some subjects even experienced auditory hallucinations in the form of speech and environmental sounds. The music they hear can be so realistic that patients would go and check who is playing music next door.

A reason why MH can be stressful is that the causes of the condition are often unclear and sometimes go undiagnosed, leading to difficulties in finding the appropriate treatment. Furthermore, the onset of MH can vary drastically from patient to patient.

In one case, a healthy 70-year old woman suddenly started hearing children’s songs. An MRI later revealed that she suffered from signs of leukoaraiosis, which is a reduction in the density of cerebral white matter in the brain. For the 75-year old woman who started hearing Japanese nursery songs, the hallucinations would subside when she spoke, sang or listened to music. She resorted to singing various songs to stop the hallucinations to her, but these songs eventually became incorporated in her repertoire of hallucinations.

What we do currently know about MH is that it may be associated with epilepsy, psychosis or structural brain lesions. Research published in 2000 found that lesions on the dorsal pons, a part of the brain stem, are connected with multiple cases of musical hallucinations. These types of lesions are most often caused by stroke, but can also be caused by tumours, encephalitis or abscesses.

In a literature review by Evers and Ellger published in 2004, it found that 61% of the cases of MH involved a history of hearing impairment or deafness. Thus it is not surprising that the condition often occurs in elderly patients, although those with hallucinations caused by focal brain lesions appear to be significantly younger. MH has a female preponderance of 70% and a mean age of 61.5 years.

Patients with MH are usually found to be fully alert and aware that they are imagining the sounds, though this may not always be the case. Subjects who are being studied for the condition report that they hear actual sounds and find the experience distressing.

Patients with MH can also be easily misunderstood, because others around them may associate their condition with mental illness, such as mania or schizophrenia. A famous example is that of Robert Schumann, who started hallucinating at the age of 44. At first the noise was just a high ‘A’ note, but the hallucination later developed into that of a full-blown orchestra. However, such causes of MH may not always be true.

Auditory hallucinations have been known to manifest as a consequence of sleep deprivation, drug use, intense stress and errors in development of proper psychological processes. High caffeine consumption has also been linked to an increased likelihood of experiencing auditory hallucination. In one study, it was revealed that as few as five cups of coffee a day could trigger the phenomenon. Therefore, while there is a connection with conditions such as depression and obsessive compulsive disorder, it is not necessarily indicative of psychosis.

With the knowledge that we now have in dealing with patients with blindness, phantom limbs, and other phenomena that may be neurologically similar to MH, current trends in research would suggest that treatment for MH patients should begin with the patient being helped to understand that the voices they hear are coming from their own mind. This understanding would then allow them to reclaim a measure of control over their own lives, and start the process of controlling the alien voices in their head.