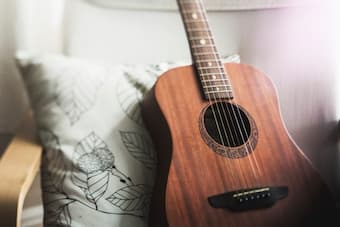 My first recollection of anything was the sound of music. At age five, so my mother told me, I used to sing from behind a curtain in our lounge room to my family. Supposedly, I was too shy to have my brothers and sisters see me sing.

At about eight, I got my first musical instrument, a fife which I thought was a flute. So did my parents when they got it for me. At 15 it was the classical guitar. At 20 the piano. Along the way, I’ve had a good go at the violin, trumpet, and recorder. I’ve written 38 albums of music, which includes everything from solo recorder songs to large scale orchestral work.

As a concert reviewer, I get to see and appraise about 70 concerts a year. Since 2016, I’ve written well over one million words on music. I have thousands of CDs and countless digital music files.

I guess you could say music is my life. Most of what I listen to, and love is classical music. Jazz, rock, and electronica are also constant favourites. Music is so much a part of me that I’ve thought about giving it up. Only when something encompasses your life as much as music has, can anyone get to the point of thinking about giving it up.

The main reason music is my life is that it never stops changing and fascinating. It is the only thing I know that has stayed with me all my years on this planet. 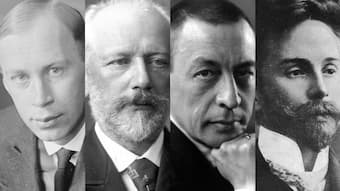 Music is one of the few things that thrills me today. Once it was romance, being in nature, (though that still gives me a buzz) visiting other countries and simply, being alone used to thrill me. But it’s music that still makes me want to go on. It continually drives me and pushes me forward.

Finding new music, or even old music that I’ve never heard before thrills me. Prokofiev is my favourite composer. Finding this video of him actually playing extracts from his Sonata No. 4 Op.29, was an electrifying experience.

What I’ve discovered about myself is the music that thrills me the most, comes from Russian composers. It’s the rhythm. It’s the style and sound of Russian music that thrills me more than other music. Stravinsky’s Firebird is a piece I’ve heard a hundred times, yet it still excites me. And in this video, Stravinsky conducts his suite, The Firebird.

Shostakovich does it for me too. Here he is playing part of his Piano Concerto No. 1. And here’s Alexander Scriabin playing his Preludes, via piano rolls. You will notice the vitality in all this music. It was almost as though these Russian composers were competing against one another to see who could write the most thrilling music; sad, they are not.

Throughout history, Russian music maintains that edge that does not seem to exist in the music of other nations for me. Alla Pavlova was born in 1952. Her music has that distinctive Russian flavour that gets the juices flowing. Here is her 10th Symphony. It’s edgy and turbulent, two defining characteristics of Russian music that make it stand out.

Olesya Rostovskaya is a different type of Russian composer. She is a bellringer and a theremin player, among other things. Born in 1975, you can still feel and hear that Russianness in her music. Her Meditation is a sublime work that includes the distinctive sound of a Carillion, which she is playing.

Music is my life because music is life. For many people who live working-class lives, existence is not a thrilling experience. The humdrum of working at something you are not interested in just to pay the bills has brought many people down. But it’s music that lifts us. Music makes life thrilling.

If life is something you just walk through and it affects you little, get some music into you. Better still, make it Russian music. Maybe then, music is my life will be something that you can say and mean.

However, the final word should go to the American/Australian singer Marcia Hines. Her pumping 1978 disco hit Music Is My Life may not be something that is heard anymore, but its upbeat and danceable tune with her incredible voice still makes it highly infectious: just like music is.

Marcia Hines: Music Is My Life