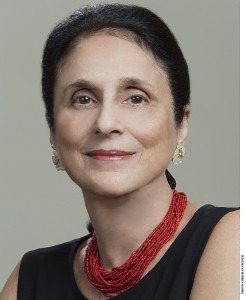 How did a young woman who played the piano and violin become a “king/queen maker” of such distinguished artists as pianists Murray Perahia, Emanuel Ax, Jean-Yves Thibaudet, and Richard Goode, the Tokyo, St. Lawrence, and Borromeo Quartets, violinists Pinchas Zukerman, and Ani Kavafian, cellists Carter Brey and Fred Sherry, soprano Dawn Upshaw and the exceptional 19-year-old silver medalist of this year’s Tchaikovsky Piano Competition George Li? These incomparable artists were first noticed and launched by Susan Wadsworth the founder and director of Young Concert Artists Inc. an organization now in its 55th year.

George Li at age 15 in Beethoven

I had a chance to catch up with Mrs. Wadsworth in conversation.

JH: You have the reputation of an uncanny and discerning ear. You consistently choose artists who have become world-renown artists.

SW: Teachers listen for basic skills and talent—young musicians that they can teach. Competition judges try to find and agree upon an artist that is a complete package, which is compounded by the stress that only one can win. With our organization the musicians are not playing “against” each other. We can have any number of winners on any instrument. We look for that spark of individuality, a freshness that grabs your attention, someone that makes you breathe faster! Of course before this point there must be perfect virtuosity and extraordinarily high standards. Everyone knows it when they hear tremendous intensity and passion in a performance, which carries away the audience.

Mrs. Wadsworth graduated from Vassar College continuing her studies at the Mannes College of Music. In addition to her studies in the U.S., she attended the Fontainebleau Conservatory in France, where she studied with Jean Casadesus and the great pedagogue Nadia Boulanger. In 1966 she married the pianist Charles Wadsworth who founded the Chamber Music Society of Lincoln Center. 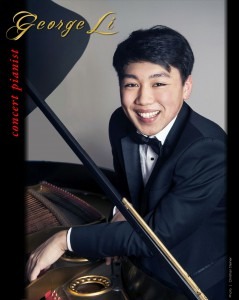 Intensely connected to the music world, she hung out with her aspiring but starving artist friends. When Susan was asked to perform a Mozart Piano Concerto with the Mannes orchestra, “I quickly realized that I really did not want to perform.” And so began the dream of another way to serve music, to make a difference for artists.

Soon after, in 1960, while strolling through Washington Square Park, she ran into Sanford Allen a violinist she had heard at Mannes. She asked him when she might be able to hear him in concert. He had no plans to play. Susan realized many of her friends were in a similar situation. “I knew, and decided that it would be fun to present these fabulous artists in a very informal series in thrilling concerts.” A restaurant in Greenwich Village that was closed on Mondays was rented. ”Steinway donated a piano, we put up red curtains and built a stage…it had a dressing room the size of a telephone booth.” Sanford Allen, the flutist Paula Robison and the pianists Richard Goode and liana Vered were featured in the first series of Monday recitals.

JH: What are your proudest moments?

SW: It is exciting every time we hear someone extraordinary who doesn’t know how great they are. The foundation of support, opportunity and encouragement that we are able to give them allows the artists a chance to bloom. Not all of them become superstars. Many go on to do wonderful things and create their own musical paths, and influence others. Our 50th anniversary was stupendous. We had a marathon concert at Symphony Space from 10:00 am to 10:00 pm. One-hundred of our alumni from as far away as Finland, Russia, and the Far East came to play. It was a fantastic day together. The following morning in New York, a member of the board of directors hosted a sumptuous brunch for everyone.

JH: You are known not only as an astute businesswoman with a keen ear, you are also known as a motherly type who always has time for a conversation with her artists. 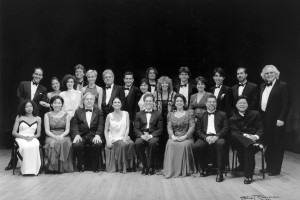 SW: I feel devoted to all the artists. Now that those who won our Auditions forty, fifty years ago can serve on our jury —I always include terrific performing artists on the jury—it’s like a family. They are all happy to help.

Initially YCA, a non-profit organization, was on a shoestring budget relying on individual donations and contributions. Much of YCA’s budget went and still goes toward the costs of a debut recital—the hall rental, printing programs, mailing brochures, advertising, professional publicity photos—easily adding up to many thousands of dollars. Even after ten years, grant money was hard to come by. Susan stuck with it. There was no other management that did what she did.

Mrs. Wadsworth’s record for spotting talent was astounding. She won the respect, trust and admiration of the music world. Today YCA books hundreds of engagements for 30 artists—recitals, orchestral engagements, and chamber music. The Young Concert Artists Series presents the winners in debut concerts at Merkin Concert Hall and the Kennedy Center in Washington, DC, with special events at Carnegie’s Zankel Hall. The YCA budget has grown to 2.4 million, run by an experienced staff, an International board of directors and Susan herself. Concert venues with established series consistently present the YCA winners.

JH: What do you envision for the future?

SW: Our 60th anniversary is in five years and we are developing a five-year plan. We would like to expand our activities with a larger management, better marketing and publicity, more engagements. Our task is very different today. I used to be able to pick up the phone and call the New York Times music writers, or book an engagement. Now everyone is inundated with emails that go unanswered. It’s more of a struggle to get engagements. And the larger issue is that the public today has not grown up with classical music as part of their life. We are attempting to inspire the next generation of passionate music lovers. It’s a National emergency really.

As part of their engagements YCA artists educate and build new audiences at schools and community centers throughout the country inspiring the next generation of music-lovers through the Annaliese Soros Educational Residency Program.

In 1999 Mrs. Wadsworth was honored as a Chevalier de L’Ordre des Arts et des Lettres of France and she is the recipient of several honorary doctorates. Her vision has led to the debut and support of our most esteemed artists.

SW: I love it when someone says, ‘you should hear this kid.’ When it’s someone like George Li who conveyed the very soul of Mendelssohn, it’s so exciting. Having great talent is essential but that doesn’t always make things happen. We do everything we can think of to enable our YCA artists to achieve the recognition and the lifelong careers that they deserve, and to thrill audiences everywhere.

Listen to the stunning playing of these exceptional musicians.