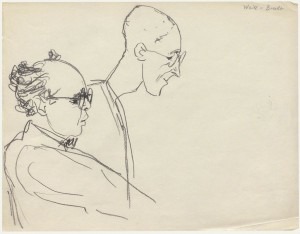 With Nazi security forces hot on his heels, Kurt Weill crossed the French border on 22 March 1933. For the next two years Weill settled in Paris, and the composer barely managed to make a living. He completed his Symphony No. 2, and produced his final collaboration with Bertold Brecht. He also finalized a Viennese-style satirical operetta featuring a number of juicy cabaret songs, and the grandiose biblical epic Der Weg der Verheissung (The Eternal Road). However, the most enduring project to emerge from Weill’s Parisian exile was the score for Marie Galant, based on a popular novel by Jacques Déval. In the novel, Marie is a young and poor Bordelaise who turns to prostitution as a means of survival. She is abducted and shipped to South America, and eventually abandoned in Venezuela. Marie sells her body in order to raise enough money to buy a ticket back to France. When she inadvertently becomes involved in political intrigue, she is shot dead by an unseen assailant. Ultimately, Marie is sent back to France in a coffin. Weill composed several frothy intermezzi, two fetching tangos, a zestfully cynical “Marche de l’armée panaméenne,” and five cabaret-style songs that deliciously employ his sense of savage irony. 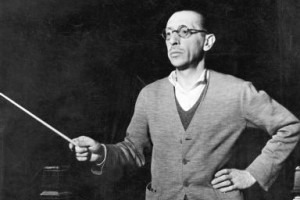 World War I and the Russian Revolution forced Igor Stravinsky to leave his Russian homeland behind. He packed his belongings and together with his wife and four children settled on the shores of Lake Geneva, Switzerland, an area he had previously visited. Exiled from his homeland created in Stravinsky the desire and need to draw on Russian folk themes for his new compositions. A collection of old folk songs he gathered during his final trip to Kiev provided the basis for a number of compositions from his Swiss period. The most important work to emerge was Les Noces (The Wedding), a ballet and orchestral concert work scored for percussion, pianists, chorus, and vocal soloist. Begun in 1914, it was only completed in 1923 after a long process of instrumentation and many revisions. These dance scenes with song and music describe a Russian peasant wedding. Initial reception of the work was mixed, but the passage of time has shown Les Noces to be one of Stravinsky’s finest and most original achievements. Scholars have suggested, “Although others among Stravinsky’s theatre works have enjoyed greater prestige… The Wedding is in many respects the most radical, the most original and conceivably the greatest of them all.” 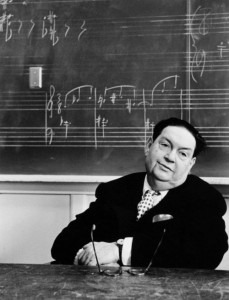 In the aftermath of a long period of Napoleonic conflicts, the Congress of Vienna attempted to reestablish political stability in Europe. Held from September 1814 to June 1815, the objective was a long-term peace plan by which main powers would militarily balance each other. France lost all its recent conquests, while Prussia, Austria and Russia made major territorial gains. Smaller countries did not fair particularly well, as Poland was quickly partitioned between Prussia and Russia. After a couple of years, Czar Alexander I decreed that Poland was to become an integral part of Russia, with Warsaw a minor military garrison in the system. Liberty of the press was abandoned and censorship introduced and enforced by Russian secret police. Polish nationalist organizations were ruthlessly eradicated and freemasonry abolished. When Nicholas I of Russia formally crowned himself as King of Poland on 24 May 1829, it lit the fuse to the bloody “November Uprising” also known as the “Warsaw Uprising.” Armed conflict was inevitable, and Frédéric Chopin packed his bags and departed Warsaw barely a month before the military conflict initiated. Although Chopin left Poland for Paris, the music of his native homeland never left Chopin.

When Paris succumbed to the invasion of Nazi Germany, Darius Milhaud immigrated to the United States in 1940. He secured a teaching post at Mills College in Oakland, California and kept up a torrid pace of composition. Milhaud thoroughly enjoyed his life in exile, but when an American publisher commissioned 5 easy pieces for wind ensemble, his French homeland once again provided the inspiration. The Suite Française, completed in 1944, offers a musical tour of several French regions. From “Normandie” to the “Bretagne,” and from the “Ile-de-France” to “Alsace-Lorraine,” Milhaud juxtaposes childlike melodies with brief moments of polytonality. It all finishes with “Provence,” Milhaud’s own beloved region. It is the sunniest and most playful movement and rhythmically gives voice to his homesickness!