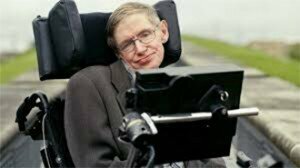 The British physicist and cosmologist Stephen Hawking published his Brief History of Time in 1988. Overnight, it turned him into a best-selling author, and into an unmistakable figure in pop culture. The reason he decided to put his groundbreaking research in theoretical physics into book form was to “explain how far we had come in our understanding of the universe, and how humankind might be close to finding a unified theory of the cosmos.” A book on Cosmology, basically the study of the physical universe that is widely regarded as a branch of philosophy, seems an unlikely candidate for making it onto the bestseller list. But that is exactly what happened! The first print run sold out in a matter of days, and it spent 147 weeks on the New York Times bestseller list and a record-breaking 237 weeks on the Times of London bestseller list. Translated into dozens of languages, Hawking grew into a cultural icon and one of the world’s most celebrated science communicators.

Researching black holes, discovering superstrings, formulating gravitational singularity theorems and probing the finite yet boundless nature of the universe was to become his life’s work. However, during his secondary school years, Hawking fell under the spell of classical music. “I first became aware of classical music when I was 15,” he said. “When LPs appeared in Britain, I ripped out the mechanism of our old wind-up gramophone and put in a turntable and a three-valve amplifier. I made a speaker cabinet from an old bookcase, with a sheet of chipboard on the front. The whole system looked pretty crude, but it didn’t sound too bad.” Interestingly, the first piece of classical music that Hawking purchased was Igor Stravinsky’s Symphony of Psalms. That choice was not motivated by aesthetic considerations but, “LPs were very expensive so I couldn’t afford any of them on a schoolboy budget. But I bought Stravinsky’s Symphony of Psalms because it was on sale. The record was rather scratched, but I fell in love with the third movement.” 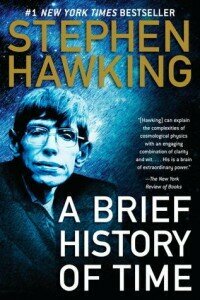 A Brief History of Time

In 1963, Hawking was diagnosed with the rare form of motor neurone disease “ALS” or Lou Gehrig’s disease, which gradually paralyzed him over the decades. At the time, doctors gave him a life expectancy of roughly two years. As his physical abilities declined, he required much persuasion to accept the use of a wheelchair, and his speech deteriorated to the point that only his family and closest friends were able to understand him. When he contracted pneumonia in 1985, an emergency tracheotomy had to be performed that robbed him of the remainder of his speech. Looking for alternative methods of communicating his thoughts, Hawking relied on a distinctive computer-based sound developed specifically for him in the late 1980s. That sci-fi voice became his universally recognized trademark, and his appearance in films, TV shows, ads and songs became pop culture landmarks. In 2014, Queen Elizabeth asked him why he used an American accent, and Hawking joked that his voice was “copyrighted, and that he couldn’t change it.” By sheer coincidence, Hawking heard Henryk Wieniawski’s second violin concerto on Radio 3 in the 1990s. He immediately bought the entire collection of Wieniawski’s music, and the first concerto became one of his top 3 classical music selections, “particularly for its haunting phrase in the first movement.” 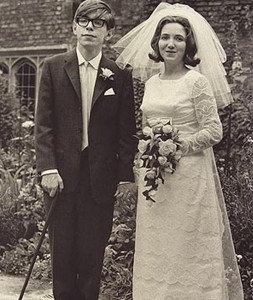 A reluctant spokesperson and role model for disabled people, Hawking did participate in a number of fundraising activities. He also lent his voice to various causes including the legalization of assisted suicide for the terminally ill. He expressed a general concern that life on Earth was at risk and argued “computer viruses should be considered a new form of life; Maybe it says something about human nature, that the only form of life we have created so far is purely destructive. Talk about creating life in our own image.” It is almost fitting then, that Francis Poulenc’s Gloria should be one of his top 3 classical music selections. Hawking counted it among “a small number of works I consider great music.” He once famously wrote, “Remember to look up at the stars and not down at your feet. Try to make sense of what you see and wonder about what makes the universe exist. Be curious. And however difficult life may seem, there is always something you can do and succeed at. It matters that you don’t just give up.” We can all take great comfort from that universal message, and it certainly resonates in Poulenc’s music as well!