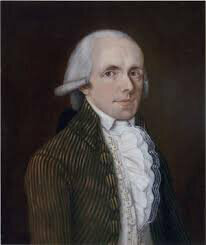 Increasingly rushed for time, Wolfgang Amadeus writes to his father on 5 February 1783, “I have received your last letter, and hope you have also gotten mine. With regard to the symphonies, especially the last, pray let me have them soon, for my concert is fixed for the third Sunday in Lent, and I must have a number of parts copied out yet. If they are not already written out, you had better send them back to me in score, just as I sent them to you; let me have the minuets also.”

Mozart had composed the symphony under discussion in July and August of 1782 for his friend Sigmund Haffner, on the occasion of his elevation to royalty. Mozart and Haffner were both born in Salzburg in the same year, but they moved in very different circles. The Mozarts were musicians and the Haffners among the town’s wealthiest, most prominent, and most distinguished families. Sigmund Haffner Senior was a successful wholesaler and even a former mayor of Salzburg. The reason their family became internationally famous is because Mozart composed for them a serenade—for the nuptials of Haffner’s sister, and the symphony mentioned above. Originally, the work had been scored for pairs of oboes, bassoons, horns, and trumpets in addition to timpani and strings. With the Viennese performance date fixed in the calendar, Mozart was looking to further embellish the work by adding flutes and clarinets to the outer movements. However, Mozart had other things on his mind as well, as he continues his letter. 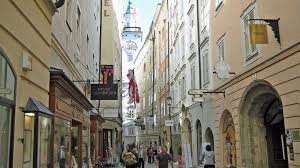 “My opera was performed yesterday for the seventeenth time with the usual applause, and crowded audience. Next Friday a new opera is to be given, with music by a pupil of Wagenseil… I asked you in my last to remind Gatti about the Italian libretti, and I again repeat the request. Let me now tell you my idea. I do not believe that the Italian opera will be long carried on; for my part I prefer the German, even though it may cost me more trouble, still I like it best. Every nation has an opera of its own, why should not the Germans have one also?”