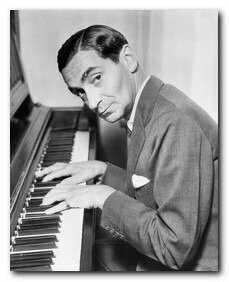 Many famous public figures have written books. Presidents, starlets, sports stars and others who are not generally known for their literary talents have entertained us with publications detailing their personal lives. Of course, very few have actually written a single word. Instead, they have brought their stories and ideas to professional writers—called ghostwriters in the business—who have helped them to put their ideas into words. The same principle surely applies to the new social media platforms as well. But would you have ever believed that it applies to music as well? Irving Berlin, one of the most prolific American songwriters in history never learned to read music beyond a basic rudimentary level. So he hired various musical assistants and collaborators—none of them ever credited—and composed nearly 1500 songs. Most famously among them are, “Anything You Can Do,” “God Bless America,” “There’s No Business Like Show Business,” and of course the all-time seasonal favorite “White Christmas.”

One of eight children born to a Jewish cantor in the Siberian city of Tyumen, Israel Isidore Beilin was born on 11 May 1888. His family soon left Siberia behind and settled in New York City in 1893. The family changed their names to Baline and occupied a basement flat with no windows in the Yiddish Theater District on the Lower East Side. Young “Izzy” was soon called upon to help earn money, and he quit school to sell newspapers. With little education and no prospects, Izzy began to sing popular street tunes in various coffee shops and music halls. And with the help of pianist Mike Nicholson, he came up with his first song “Marie From Sunny Italy.” The printer of the song made an honest mistake, and recorded the name of the composer as “I. Berlin.” And thus, a star was born. His meteoric rise as a songwriter in Tin Pan Alley and subsequently on Broadway began with “Alexander’s Ragtime Band,” of 1911. Proclaimed the musical sensation of the decade, it sets the stage for Berlin’s efforts to write melodies and lyrics in the American vernacular. He later explained, “ My ambition is to reach the heart of the average American, not the highbrow nor the lowbrow but that vast intermediate crew which is the real soul of the country…my public is the real people.” 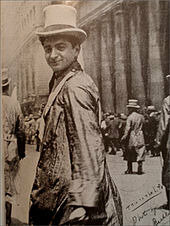 Before he turned thirty, he had written hundreds of songs, totaling roughly 1500 compositions during his career. This included scores for 19 Broadway shows and 18 Hollywood films and George Gershwin called him “the greatest songwriter that has ever lived; he is America’s Franz Schubert.” It’s an utter miracle, considering that Berlin never learned to play the piano in more than one key, and that he was essentially musically illiterate. Yet according to his manager, Berlin wrote a complete song, including words and music, every day. Apparently, he usually composed his tunes and then fit words to them, though sometimes “it was the other way about.” Berlin was not concerned about the rules of compositions, or the rules of versification. “In following my own method I can make my jingles fit my music or vice verse with no qualms as to their correctness.” Berlin was essentially unable to bring his own music to paper, so he hired professional musicians to harmonize and write-out his music. Music historians have suggested that, “Although Berlin may rarely have placed acceptable harmony, he nevertheless, by some mastery of his inner ear, senses it, in fact writes many of his melodies with this natural, intuitive harmonic sense at work in his head, but not in his hands.” Apparently, Berlin wrote his most famous “White Christmas” in 1940, while vacationing in steamy La Quinta, California. Reminiscing about an old-fashioned Christmas setting, Berlin told his secretary “Grab your pen and take down this song. I just wrote the best song I’ve ever written — heck, I just wrote the best song that anybody’s ever written!” Wherever you may be during the holiday season, and no matter if you are lounging on a pleasant beach or freezing in wind-swept planes, we can all happily relate to Irvin Berlin’s Christmas spirit.